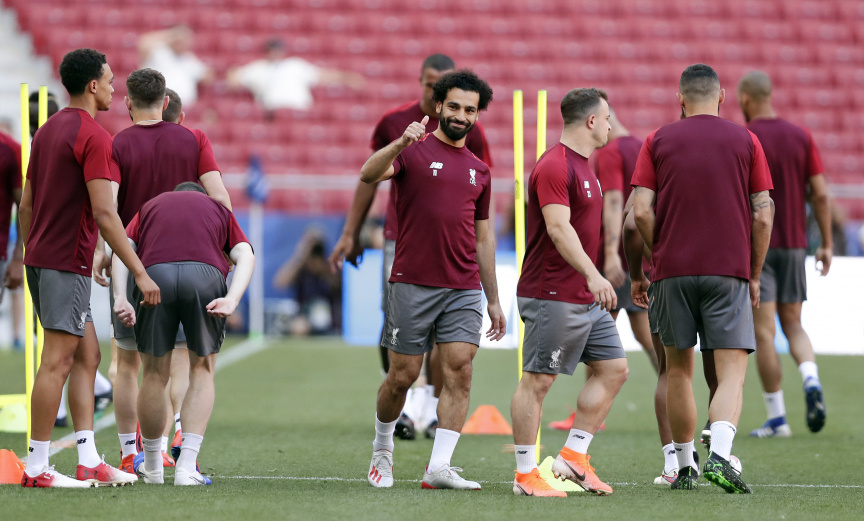 MADRID (AP) — Lucas Moura and Divock Origi have been the unlikely heroes for Tottenham and Liverpool in the Champions League this season.

They kept alive their team's hopes of winning the European title with crucial goals and decisive performances. Without them, the English sides probably wouldn't have made it to Saturday's final in the Spanish capital.

But despite helping their teams reach the final at the Wanda Metropolitano Stadium, both may miss out on playing in the match because of the return from injuries of Harry Kane and Mohamed Salah.

Tottenham manager Mauricio Pochettino will have to choose between the in-form Moura and the recently injured Kane, while Liverpool manager Jürgen Klopp will have to sit Origi or rearrange his attack to leave him in the lineup along with Salah.

Neither coach gave anything away on Friday.

"If Pochettino says his exact lineup, call me and I will tell you our lineup as well," Klopp said. "If not, then I thought I'd keep at least a few question marks open."

"It's not going to be easy to take a decision," he said. "We are going to take the best decision to try to win. It's so painful when this type of game arrives and you can only use 11 players from the beginning."

Moura has been starting since Kane hurt an ankle ligament in the first leg of the Champions League quarterfinals. The Brazilian scored the hat trick that allowed Tottenham to come from behind and beat Ajax 3-2 in the second leg of the semifinals, helping the English club overcome a 1-0 home loss in the first match. The hat trick included a stoppage-time goal that sealed the comeback and the team's first-ever final appearance.

Moura, who joined from Paris Saint-Germain in January 2018, also scored a crucial late equalizer against Barcelona in the team's final group game in December, securing the English club a spot in the knockout stage.

"All of this is a dream and now I have the opportunity to play in the final and to win the competition I have always dreamt about," Moura told UEFA.com. "Without a doubt it's the best moment of my career."

Origi replaced Salah after the Egyptian had a concussion in a game against Newcastle in the Premier League just before the second leg against Barcelona in the Champions League semifinals. Origi scored a late winner against Newcastle after replacing Salah in the second half, then was crucial in the return match against Barcelona, scoring twice in the 4-0 win that put the team in the final for the second straight season.

Kane has been a mainstay in the Tottenham attack, but even before his injury some had been calling for Moura to get more minutes in the squad. The versatile 26-year-old Brazilian can play in different attacking positions, including as an attacking midfielder, and could even play alongside Kane if Pochettino wanted to.

For Moura, the Champions League final could give him another opportunity to show Brazil coach Tite he made a mistake by leaving him out of next month's Copa America squad. Tite announced the team shortly after Moura's superb display in the Champions League semifinals, but they weren't enough to persuade the coach.

Salah fully recovered from his concussion and is more certain to make his Champions League return on Saturday. He played only about 30 minutes in last year's final because of a shoulder injury sustained in the 3-1 loss to Real Madrid.

Origi also is versatile in attack and may get to start alongside Salah and Sadio Mane. The 24-year-old Belgian will have added competition from Roberto Firmino, though, who also had been out injured but is fit for the final.

"These are always tough decisions," Pochettino said. "But it's part of my job to decide the starting 11 and to try to win the game."