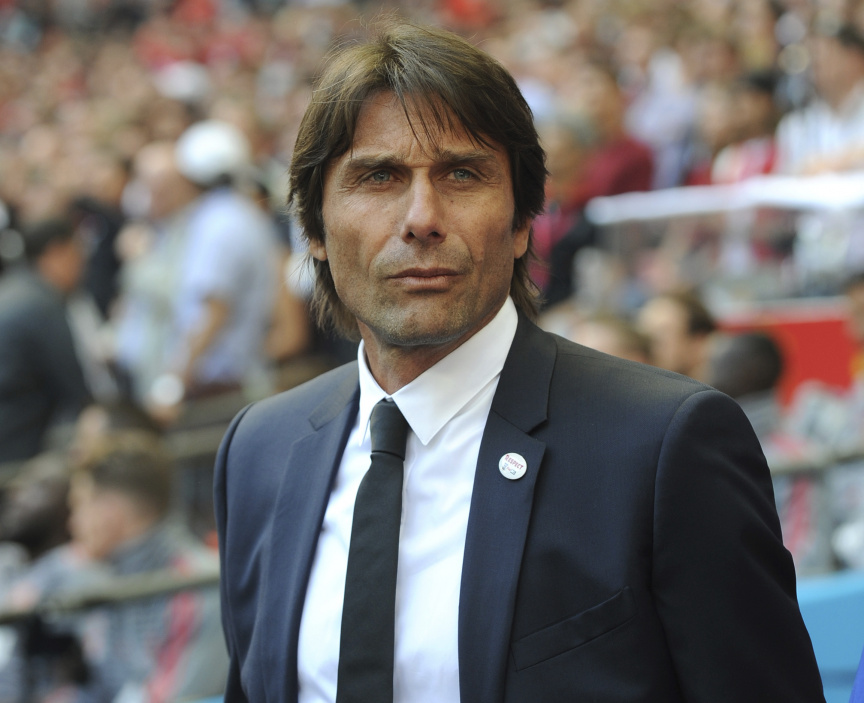 While details were not disclosed, Conte reportedly signed a three-year contract with Inter. The former Italy coach has been out of a job since June 2018 after being fired by Premier League club Chelsea.

"Finally. It's time to get back to it," the 49-year-old Conte said in a video the club published on its social media channels. "I have many reasons to do so, perhaps even too many. And just as many challenges are ahead of me. But I can't wait.

"A club that is not for everyone, with its fans who will be wondering why me exactly? Because we share the same ambitions, fearlessness, hunger and determination. Now it's my turn. I'm here Inter."

The announcement comes a day after Inter said Luciano Spalletti had left the club.

Spalletti led the team to two straight fourth-place finishes and qualification to the Champions League. But he failed to win any silverware with the club.

Conte won a trophy every season he was in charge of Juventus, where he won the Serie A title for three straight years, and Chelsea, where he won the Premier League in his first season and the FA Cup in his next.

In between those jobs, Conte led an unfancied Italy team to the quarterfinals of the 2016 European Championship, where it lost to Germany on penalties.

"I'm sure that Antonio Conte is one of the best coaches out there," Inter president Steven Zhang said. "I'm certain that he'll help us achieve our objective and fulfil our mission, one which has always remained the same, to make this club one of the best in the world again."