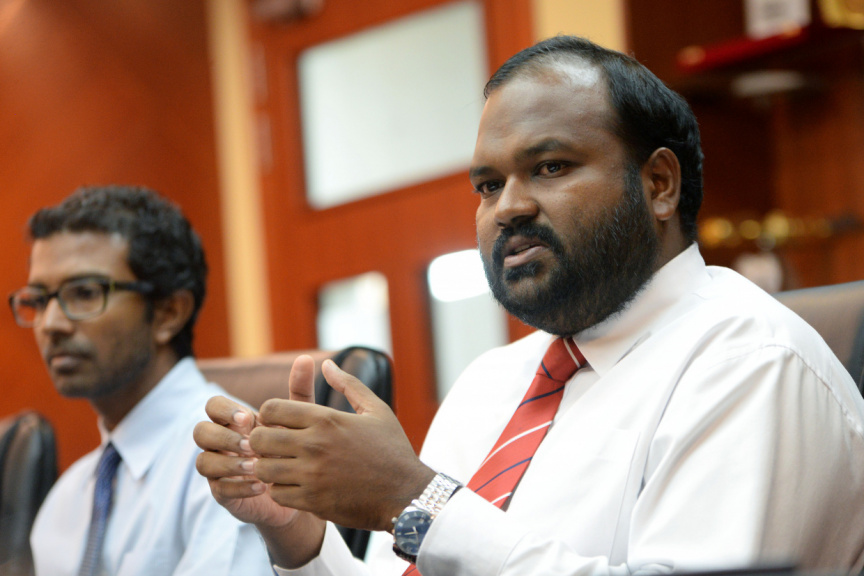 A request for legal counsel has been made by Ministry of Tourism with the Attorney General’s Office regarding the lease of the plot of land in Male’ City where Nasandhura Palace Hotel used to be run.

Speaking to press, Minister of Tourism, Ali Waheed announced he does not believe the lease contract for Nasandhura can be proceeded with, and has asked the AG for official legal counsel in the matter.

“We will take the necessary steps as soon as we receive legal counsel from the Attorney General,” said Ali Waheed, adding that the Maldivian administration did not plan on making any decision which could undermine the confidence of investors in Maldives.

The Nasandhura lot and the neighboring lot number 26 were leased to private company NPH Investments in a deal brokered by Maldives Marketing and Public Relations Corporation (MMPRC) in 2015.

The Anti-Corruption Commission (ACC) raised questions over the contract.

At the press conference, Ali Waheed said that a thorough investigation of the MMPRC corruption cases was instrumental in restoring the trust of investors.

“What we are doing is, we are reassuring potential investors that investments in Maldives will be, and will continue to be carried out based on a sound policy.”

India releases funds for 3 projects in the atolls