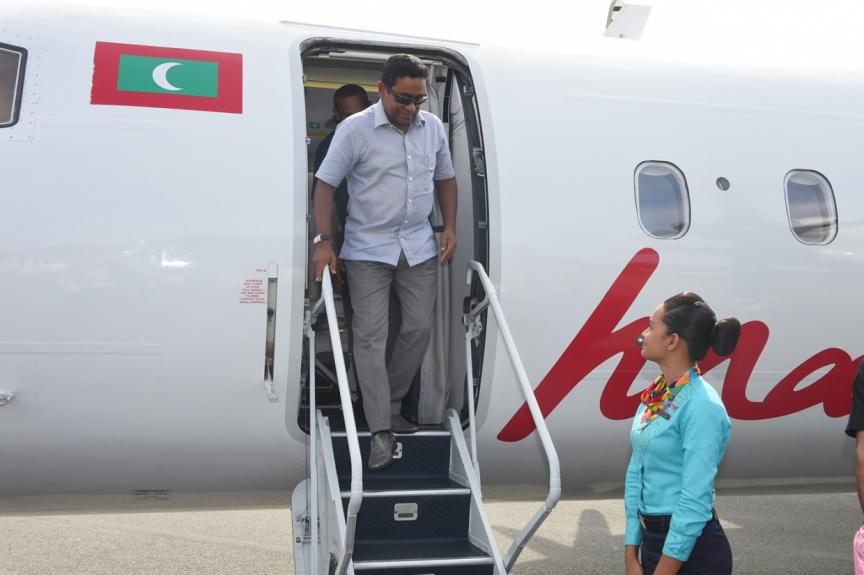 Former President of Maldives and leader of Progressive Party of Maldives, PPM Abdulla Yameen Abdul Gayyoom coming down from a flight of Maldivian. (Photo/Sun/File)

Progressive Party of Maldives, PPM has completed payment of MVR 3.8 million to the national airline of Maldives, Maldivian.

An official of PPM stated that that it has completed payment of MVR 3.8 million debt owed by the party to Maldivian – for the traveling done during the last presidential election campaigns.

Maldivian took the case to the court following no payment from the party after giving the party chances to pay the debt a number of times.

PPM has cleared its debt after receiving the state fund of MVR 8.6 million. PPM received the money on May, 12.

Pres Nasheed for Speaker and MP Eva for Deputy Speaker