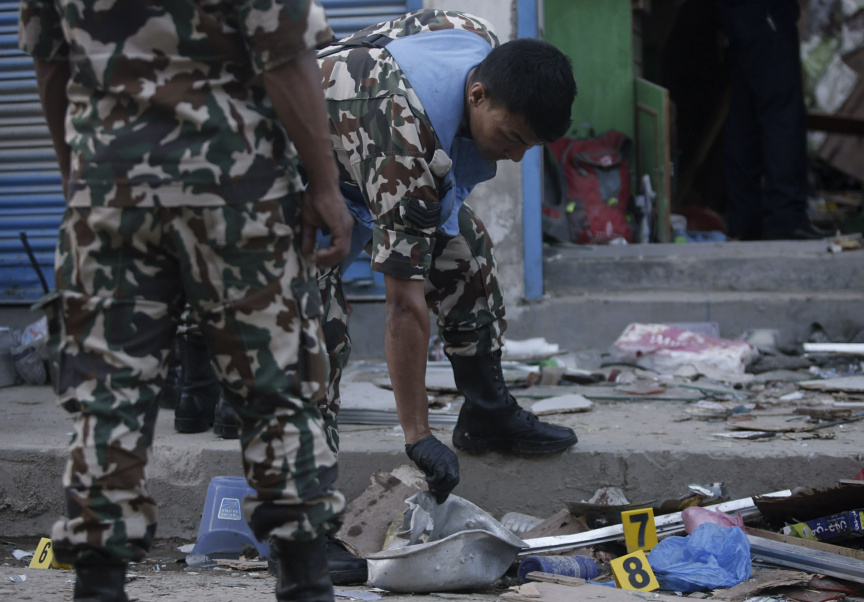 Nepalese army personnel examone the site of an explosion in Kathmandu, Nepal, Sunday, May 26, 2019. (AP Photo)

The first two explosions occurred within minutes apart in two Kathmandu neighborhoods, while the third one was a few hours later.

Police said they suspect that a group that once split from the ruling Communist party was responsible for the blasts because its members have been protesting the arrests of their supporters by the authorities.

The first explosion occurred in northern Kathmandu, killing two people and injuring five, police said. The second blast was in a house in the central part of the city, killing one and injuring one.

Police believe the men in the house are linked to the outlawed group, which is known for violence. They said they found pamphlets from the group at the second explosion site.

The areas around the two blast sites were quickly closed by police and the injured were taken to hospitals.

Police said a third explosion injured two people who they believe were members of the group transporting the explosive device.

Security forces were put on high alert and officers were patrolling key areas of Kathmandu.

The group has called for a nationwide general strike on Monday to pressure the government in releasing their detained members.

The splinter communist group split from the Maoist party, which fought government troops from 1996 to 2006, when its members gave up their armed revolt to join a peace process and mainstream politics.