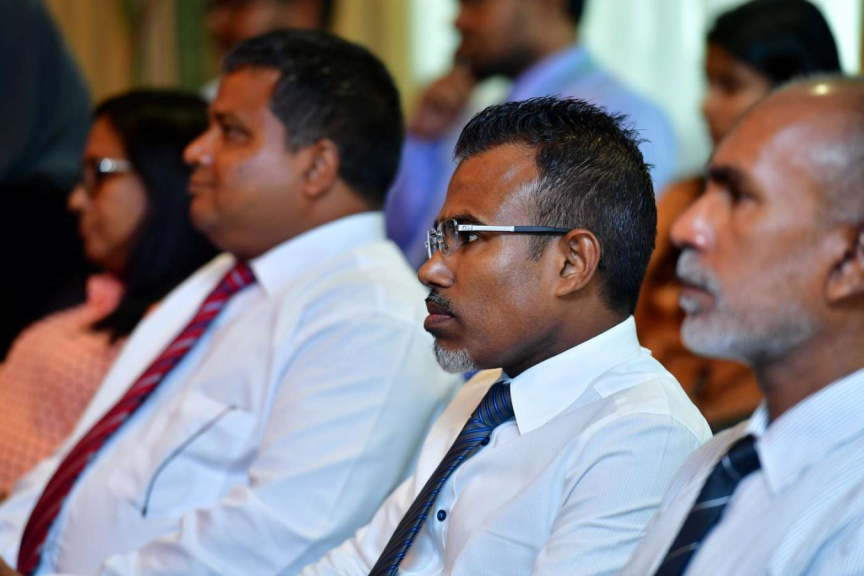 It has been revealed the Attorney General’s Office issued official legal counsel to Maldives Inland Revenue Authority (MIRA) saying GMR – the Indian company which ran Velana International Airport (VIA) – did not need to pay its tax debt of approximately USD 23 million (MVR 354.66 million) to the State.

The legal counsel provided by the Attorney General’s Office to MIRA during the tenure of former AG Mohamed Anil, which was signed off by Ahmed Usham – the Deputy AG at the time – was that GMR must pay all tax due to the State during the period of its business operations in Maldives.

‘Sun’ has been able to confirm that the legal counsel provided by the Attorney General’s Office to MIRA regarding the issue was altered after the current AG Ibrahim Riffath assumed office. The new legal counsel sent by the Attorney General’s Office to MIRA, which was signed off by the current Deputy AG, reads that the office felt GMR did not need to pay the tax.

“The AG Office changed its previous counsel, and sent a new counsel signed by the deputy AG saying the money did not need to be paid,” reported a source privy to the case.

MEETING BETWEEN GMR AND RIFFATH AHEAD OF CHANGE IN COUNSEL

A source privy to the meeting said that Riffath, during the meeting, plainly announced that he felt GMR should not have to pay the tax as pressed by MIRA.

Riffath had been one of the attorneys who had represented Maldives in the GMR arbitration case at Singapore International Arbitration Center. GMR had won the wrongful termination of contract case and was paid USD 271 million as compensation as ordered by the arbitration center.

Riffath took to Twitter to issue a statement last Wednesday night declaring that he made no decision regarding GMR during his position as AG.

“I have made no decisions regarding GMR in my position as AG. The State’s interests are the priority. I have allowed no room for conflict of interest. I work to uphold rights. We pledged transparency and establishment of justice,” said Riffath, in a short statement which offered no details.

‘Sun’ has failed all attempts to directly contact him for a comment as he has not answered any calls.

GMR has refused to pay the tax saying that the Singapore International Arbitration Center had declared the company did not need to pay any tax from its compensation money.

MIRA issued the instruction after GMR filed a zero tax declaration to the authority.

Some of the officials say that GMR argues the burden of the tax does not fall on it, but on Maldives Airports Company Limited (MACL).

MTCC: Employee injured due to lack of precautions