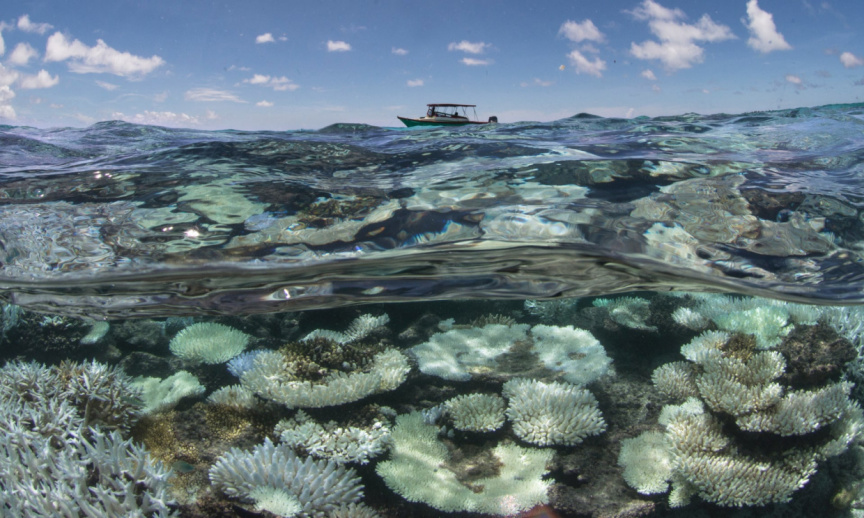 High sea temperatures has led to an increase in coral bleaching in Maldives and everyone must suspend any activity which may damage reefs so as not to aggravate the situation further, says Maldives Marine Research Center.

The first case of coral bleaching in Maldives was identified in 1998, and such episodes are documented to have markedly increased, according to the Marine Research Center.

The center says that the latest satellite images show coral bleaching in Maldives is currently at Alert Level II, but that the situation is projected to worsen within the next few weeks.

The danger may reach up to Alert Level I in Southern atolls, warns the center.

“As the reefs are either directly or indirectly related to the livelihood of Maldivian citizens, we need to do everything we can to minimize the impact of global warming on reefs,” wrote the Marine Research Center in its statement.

The center has appealed to both the State and members of the general public to temporarily cease any activity which may increase the stress on reefs during the current period of coral bleaching.

Family of crash victim to return to Ukraine with body