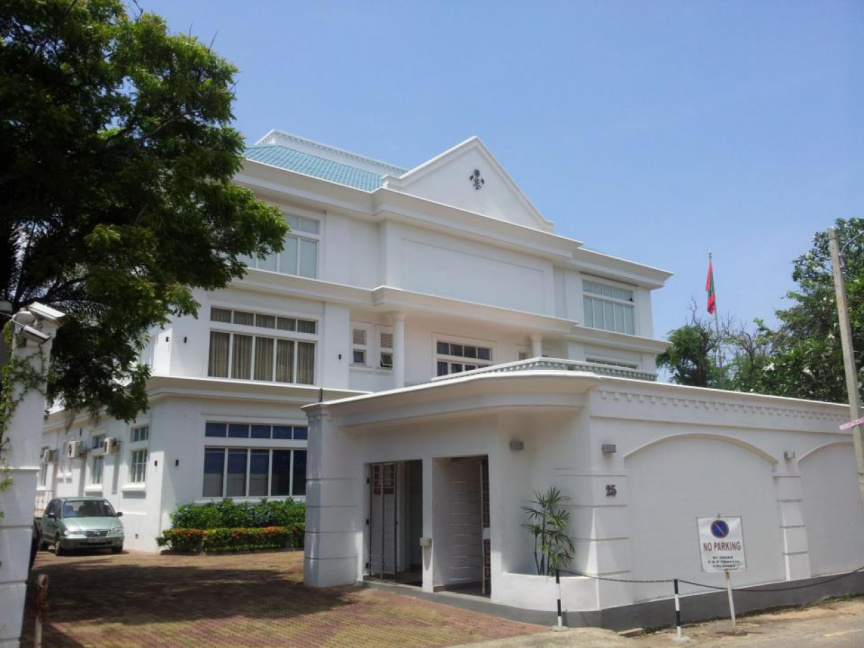 The Maldivian Embassy in Sri Lanka has announced it will remain open to provide consular services through this weekend in light of the recent terror attack on the country.

The Maldivian Embassy in Sri Lanka is usually closed on Saturdays and Sundays which are public holidays in Sri Lanka.

The Embassy has announced via its official Twitter account that it will remain open to provide consular services through this weekend.

It has also appealed to Maldivians living in Sri Lanka to pay special attention to the instructions of Sri Lankan authorities which has declared a state of emergency following the bombings on April 21.

Sri Lanka has announced a curfew from 10 pm to 4 pm which will be imposed every night during the state of emergency. Venturing out while the curfew is in place without a valid reason prohibited.

250 people were killed and 500 more injured in the multiple bombings which took place in Sri Lanka on April 21.

6 Maldivian citizens have been arrested in searches conducted by Sri Lankan authorities in the past week. The Embassy reports it is keeping a close eye on the condition of the Maldivian detainees.