Russian Maria Butina gets 18 months for being Kremlin agent 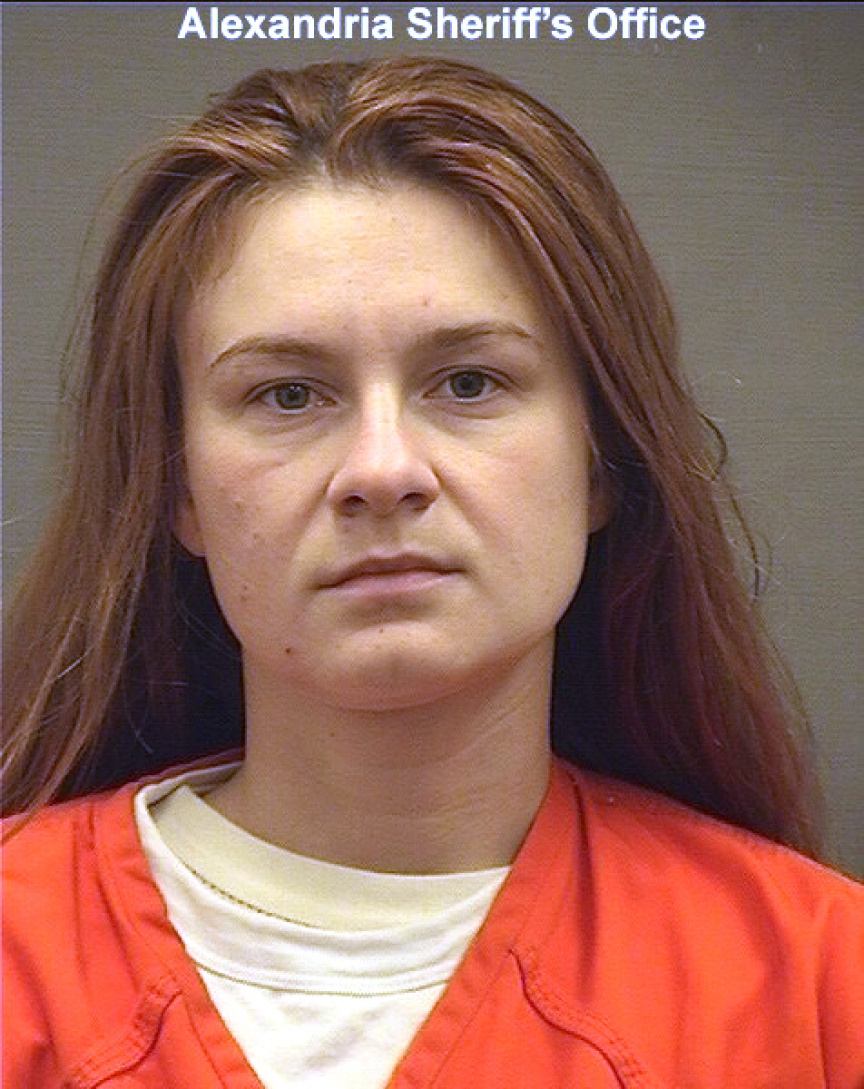 WASHINGTON (AP) — In a quivering voice, Maria Butina begged for leniency Friday as she awaited sentencing on charges of being a secret agent for Russia. She cast herself as an innocent caught up in a massive geopolitical power game.

But a federal judge sentenced her to 18 months in prison followed by deportation. U.S. District Judge Tanya Chutkan sided with prosecutors, who said the 30-year-old Russian deliberately obscured her true purposes while developing backdoor contacts inside the American conservative movement to advance the interests of Russia.

The sentence can be appealed and Butina will get credit for her time in jail since her high-profile arrest in July 2018. The case garnered intense media coverage amid speculation over the extent of Russian interference in American politics.

Butina admitted last year to covertly gathering intelligence on the National Rifle Association and other groups at the direction of a former Russian lawmaker. Her guilty plea to a single charge of conspiracy to act as an unregistered foreign agent came as part of a deal with prosecutors.

At Friday's sentencing hearing, Butina appealed to Chutkan to release her with nine months of time served.

"My reputation is ruined, both here in the United States and abroad," she said, asking for "a chance to go home and restart my life."

Chutkan, however, fully followed the government's recommendation and sentenced Butina to an additional nine months, before being deported.

The judge said the sentence was meant "to reflect the seriousness of (Butina's actions) and to promote deterrence."

Butina's lawyers decried the judgment as overly harsh; they had characterized Butina as a naive but ambitious international affairs student who didn't realize her actions required her to register as an agent of a foreign government.

"I feel terrible for Maria's family...I wish we could have done more to get her out sooner," said attorney Robert Driscoll. "I do not believe an additional nine months in jail serves any purpose."

A Russian Foreign Ministry statement claimed that Butina was being punished, "just for being a Russian citizen. She became a victim of tough rivalry between various US political forces and an unbridled anti-Russian campaign in the spirit of McCarthyism."

Leonid Slutsky, chairman of the foreign affairs committee in the lower house of the Russian parliament, said the case was "political and fabricated from air poisoned with Russophobia."

"It is necessary to continue the fight, to file an appeal and to do everything in our power for Maria Butina to return to Russia as soon as possible," Slutsky was quoted as saying by state news agency Tass.

According to her plea agreement, Butina worked with former Russian lawmaker Alexander Torshin to use their contacts in the NRA to pursue back channels to American conservatives during the 2016 presidential campaign. She did not report her activities to the U.S. government as required by law.

Butina had faced a maximum sentence of five years in prison. Her case is unrelated to special counsel Robert Mueller's investigation into Russian interference in the 2016 election, which concluded last month.

A statement from the U.S. attorney's office stated that Butina was guilty of acting as an unregistered "agent of a foreign government."

"There is no doubt she was not simply a grad student at American University," said prosecutor Erik Kenerson.

However, defense attorneys repeatedly disputed the use of the word "agent," saying it brought a sinister connotation that Butina's true actions do not merit.

"Maria was not a spy," said defense attorney Afred Carry. "Her agenda was better relations between Russia and the United States... Maria never stole any documents or bribed any officials."

Chutkan, in her sentencing comments, read extensively from a declaration by Robert Anderson Jr., former assistant director of the FBI's counterterrorism office.

"She was not simply seeking to learn about the U.S. political system," Chutkan quoted Anderson as writing. Instead, she worked specifically to obscure her true agenda and "to gather information and develop relationships that could be used to Russia's advantage."

However, at times the judge seemed to sympathize with Butina — noting that she appeared to be a diligent student who earned high marks at American University and who supplied dozens of letters vouching for her character from friends, family and professors.

"You are not the worst things you've ever done," Chutkan told Butina. "You are a young woman. You are smart, you're hard-working and you have a future ahead of you."