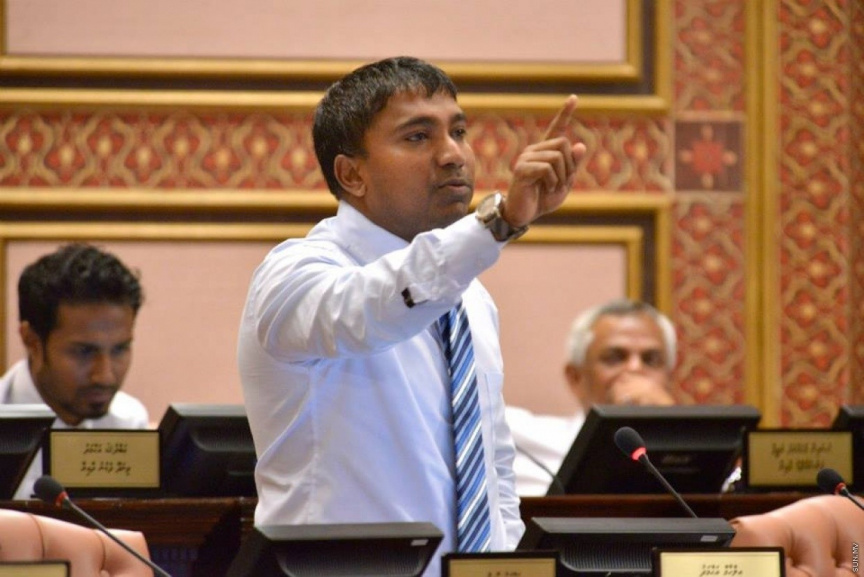 MP of A. Dh. Dhangethi constituency and member of Jumhoori Party Ilham Ahmed stated that bills submitted by President Solih after coming to power has so far been on establishing commissions and gaining revenge.

Debating on the bill about allocation of allowances to Judges Ilhaam stated that the government that came to power promising justice is seen to be seeking revenge.

“They are always talking about daunting things. Talks about establishing commissions. Summoning someone and imprisoning them. Didn’t they talk against these to remove Yameen from power. Even after the power change, they are still talking about the same things,” stated Ilham.

He expressed that a lot of effort was put to change Yameen’s government. Ilham said that the 12 MPs who lost their seats were promised tickets from the coalition parties in the Parliamentary Elections of 2019. He noted that they were promised that they would be aided to get back their seats in the parliament, but the actions taken were completely different than what was promised.

Ilham also stated that he will wait and watch how the governing party Maldives Democratic Party (MDP) handles the parliament with their super majority.

“All the bills submitted by this government to the Parliament has so far been on establishing commissions and getting revenge. Even the bill submitted about fishermen was to get revenge. Fortunately, the bill was withdrawn,” said Ilham during his debate.