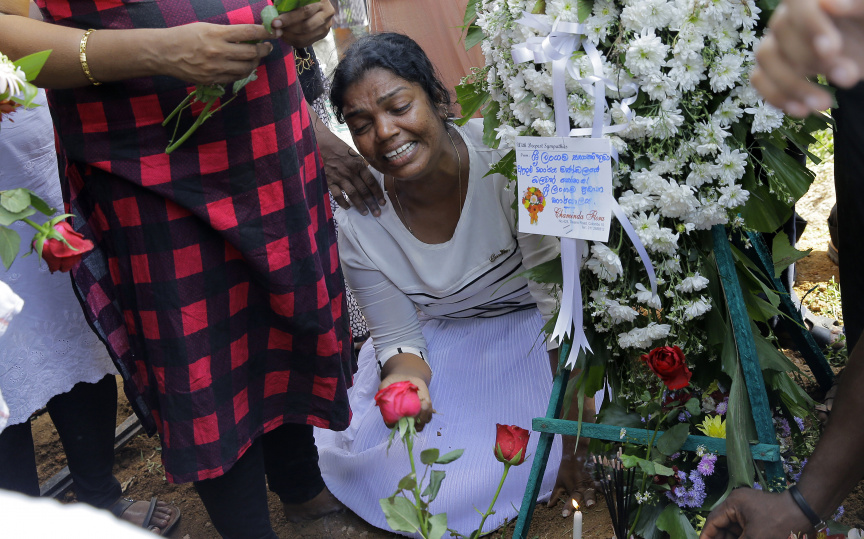 Wasanthi, a member of Berlington family weeps over the grave of Bevon, who was killed in the Easter Sunday bombings in Colombo, Sri Lanka, Tuesday, April 23, 2019. (AP Photo/Eranga Jayawardena)

The Islamic State group is claiming responsibility for the Easter attacks in Sri Lanka that killed at least 321 people, but offered no evidence.

The extremist group made the claim Tuesday via its Aamaq news agency.

The claim said: "The perpetrators of the attack that targeted nationals of the countries of the coalitions and Christians in Sri Lanka before yesterday are fighters from the Islamic State."

It offered no photographs or videos of attackers pledging their loyalty to the group.

The group, which has lost all the territory it once held in Iraq and Syria, has made a series of unsupported claims of responsibility.

Sri Lankan officials have blamed a local Islamic extremist group for the attack.