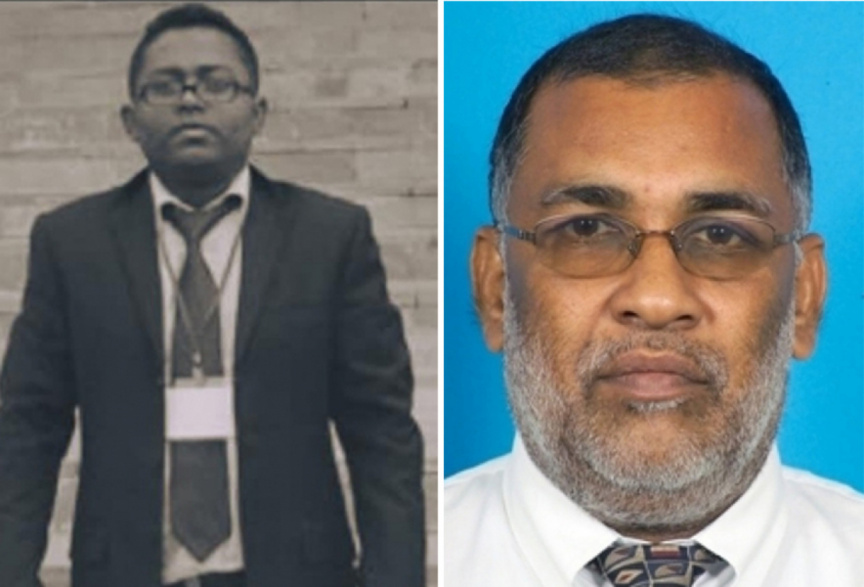 Combined file photos of (from L-R) Abdulla Azim, Member of the Board of Directors of Island Aviation; and Ahmed Mausoom, Chairman of MWSC.

The State has lifted its suspension on Chairman of MWSC, Ahmed Mausoom and Director of Island Aviation, Abdulla Azim which was imposed following its inquiry into the dollar transfer made to their bank accounts from SOF Private Limited - the company embroiled in the Maldives Marketing and Public Relations Corporation (MMPRC) embezzlement and money laundering case.

The suspension on them was lifted and they returned to work this Tuesday.

Anti-Corruption Commission (ACC)’s investigative report on the MMPRC case, which was released on February 14, revealed CGT Private Limited – of which Mausoom is Managing Director and one of the main shareholders – received a deposit of USD 800,000 from SOF Private Limited.

It also revealed a sizable dollar deposit made from SOF Private Limited to Azim’s bank account.

Other high-ranking State officials who were suspended following the release of the report includes Minister of Youth, Sports and Community Empowerment, Ahmed Mahloof; and State Minister for National Planning and Infrastructure, Akram Kamaaluddin.

Their suspension was lifted on April 16.

The State, after its inquiry, ruled the transactions between SOF Private Limited and the officials as legitimate business transactions.

ACC’s investigative report which named the high-ranking State officials was released one day after the President’s Office launched its Zero Tolerance to Corruption Campaign.