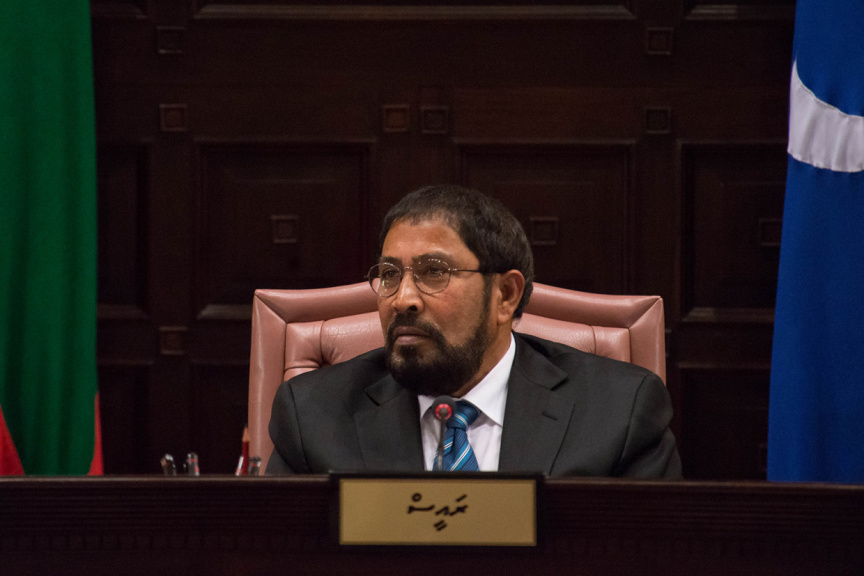 The last sitting of the current 18th Parliament will be held on Monday, April 26, says Speaker of Parliament, Qasim Ibrahim.

The announcement was made by Qasim during the Parliament sitting this Tuesday morning.

Qasim announced the decision was made following consultation with parliamentary groups of political parties.

“Therefore official sittings [this week] will be held tomorrow and the day after tomorrow. The last sitting will be held at 9 am on April 29,” said Qasim.

Elections for the 19th Parliament was held in Maldives on April 6, and will be inaugurated on May 28.

The elections ended with a landslide victory for the ruling Maldivian Democratic Party (MDP) which secured 65 of the 87 parliament seats.

SEAT DISTRIBUTION OF THE 19th PARLIAMENT

Parliament regulations requires the 18th Parliament to go into recess by end of this April, and the next session, with the 19th Parliament, to begin in June.