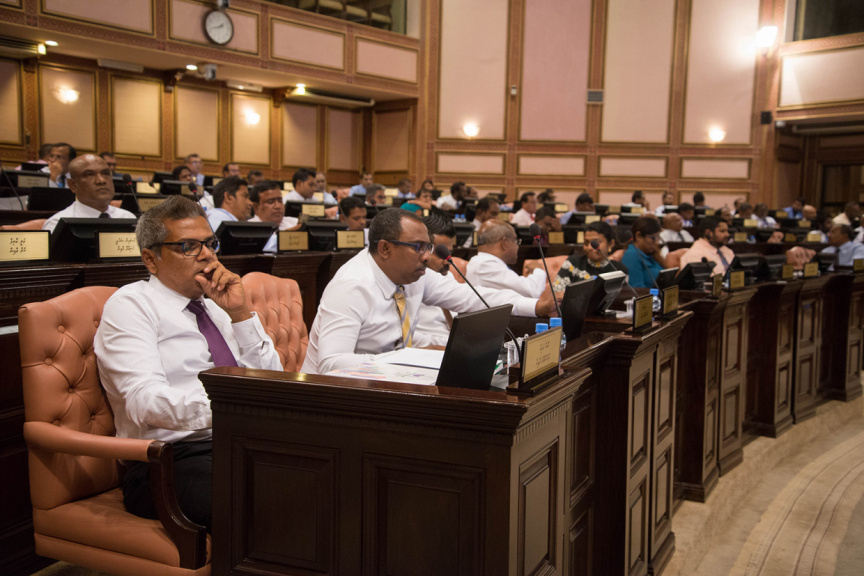 An interim committee of the Parliament has passed the decision to award all former Vice Presidents of Maldives with a monthly allowance of MVR 35,000, as long as they have not been sentenced for a criminal offense.

The Bill on Allowance and Incentives to Former Maldivian Vice Presidents was submitted to the Parliament by Eydhafushi MP Ahmed Saleem (Redwave Saleem).

The five-member interim committee set up to evaluate the Bill have now made several amendments to the Bill.

The amendments include additional provisions stating circumstances whereby a former VP may not receive the monthly allowance.

The committee’s final report on the Bill was read and debated over at the Parliament sitting this Wednesday morning.

Lawmakers are scheduled to vote on the Bill at 1:30 pm this Wednesday.

Former VP Ahmed Adeeb Abdul Gafoor, the second VP during former President Abdulla Yameen Abdul Gayoom’s administration, is currently serving a prison sentence and will not be eligible for the allowance.