IS claims suicide bombing in Pakistan that killed 20 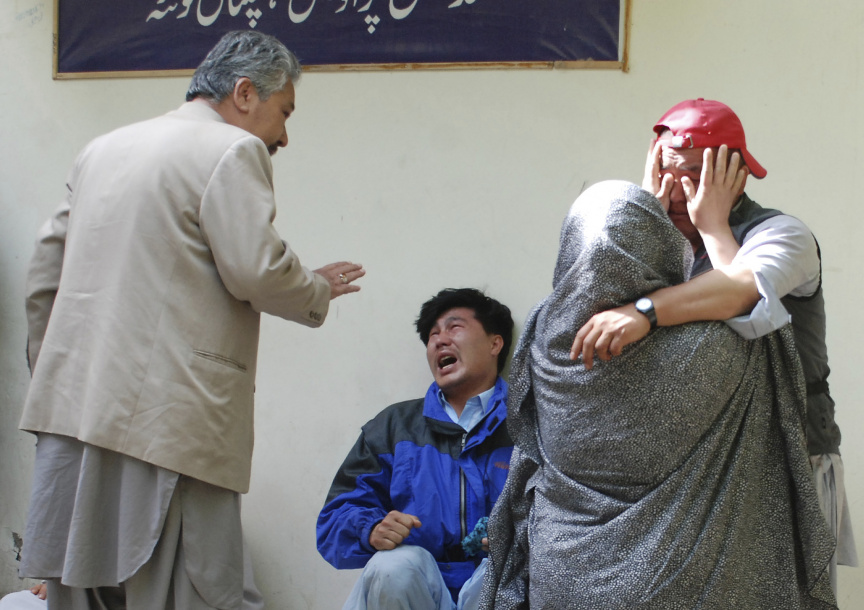 Family members of the blast victims comfort each other outside a mortuary in Quetta, Pakistan, Friday, April 12, 2019. A powerful bomb went off at an open-air market in the southwestern city of Quetta on Friday, police and hospital officials said. (AP Photo/Arshad Butt)

ISLAMABAD (AP) — The Islamic State group has claimed responsibility for a suicide bombing at an open-air market in the southwestern Pakistani city of Quetta a day earlier that killed twenty people.

The Sunni militant group, which has repeatedly targeted Pakistan's minority Shiites, said in a statement posted on an IS-affiliated website Saturday that it targeted Shiites and elements of the Pakistani army.

Police said a suicide bomber hit the market Friday, killing eight Shiites, a paramilitary soldier and others. Four paramilitary troops guarding the market were among the 40 wounded.

Protests by dozens of angry Shiite youth from the Hazara community continued Saturday in Quetta for a second day, demanding greater security protection. The community has been targeted many times in recent years by Sunni militant groups.

Pakistan seeks extradition of IS leader from Afghan