Nasheed: MDP must use its majority at Parliament with wisdom 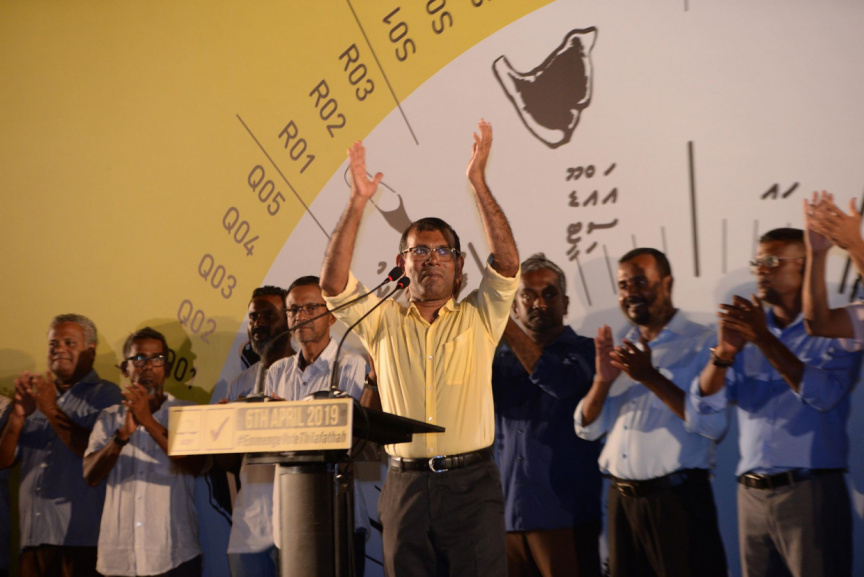 Maldivian Democratic Party (MDP) must use its majority at the Parliament with wisdom and patience, says former Maldivian President, Leader of MDP and MP-elect of Central Machangolhi Constituency, Mohamed Nasheed.

MDP achieved a historic victory at the parliamentary elections held on April 6; winning 65 out of 87 seats and ensuring the party a supermajority at the Parliament.

Speaking during the function held in A. A. Thoddoo last Friday night to celebrate the election victory of MDP’s candidate for the Thoddoo Constituency, Hassan Shiyaan; Nasheed said the purpose of the newly election MDP lawmakers was to fulfil its pledges to the Maldivian people.

He insisted that they had no other purpose, but that.

“This is our effort to fulfil the pledges we made to you,” said Nasheed.

He provided assurance MDP will pass the legislature promised under its Agenda 19 – which he said was essential to the development of local communities.

Agenda 19 is the framework for 19 major legislatures; including judicial reform, housing reform and tax reform.

Mayor Shifa: Ready to step in and vacate Newport View