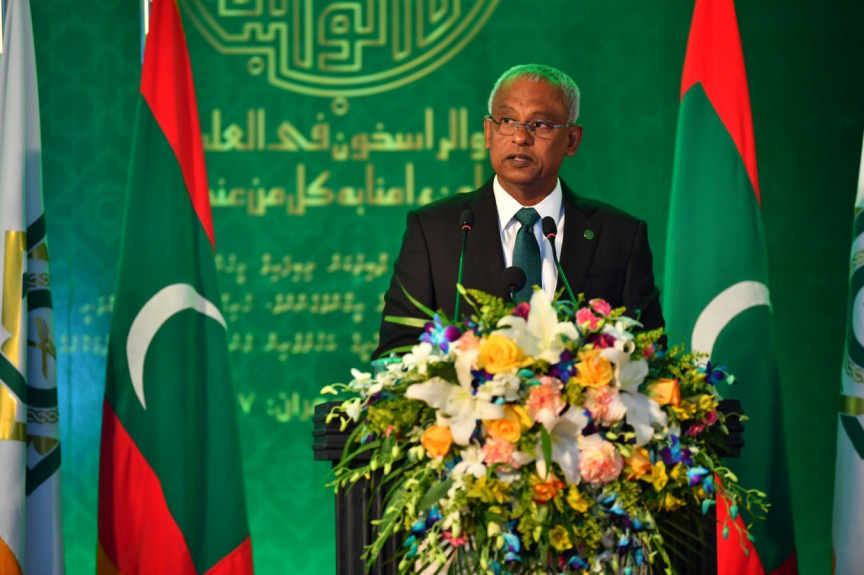 President Ibrahim Mohamed Solih has stated that no graduate from the Islamic University of Maldives has ever turned to extremist ideologies.

Speaking in the Convocation Ceremony of IUM held last Tuesday night, President Solih stated that the highest aim of his government’s education policy is to make sure that the youths who graduate understand the values of Islam.

He also said that this is an important step to take in improving our social behavior.

“In my opinion this university plays a huge role in practicing this policy. It can be seen clearly in the history of the university. No graduate from this university has gone in a wrong direction or followed extremist ideas,” said the President.

“After graduating from different areas, your biggest aim should be to participate in the development of the nation,” stated the President.

Zahid summoned to Commission on Death&Disappearances