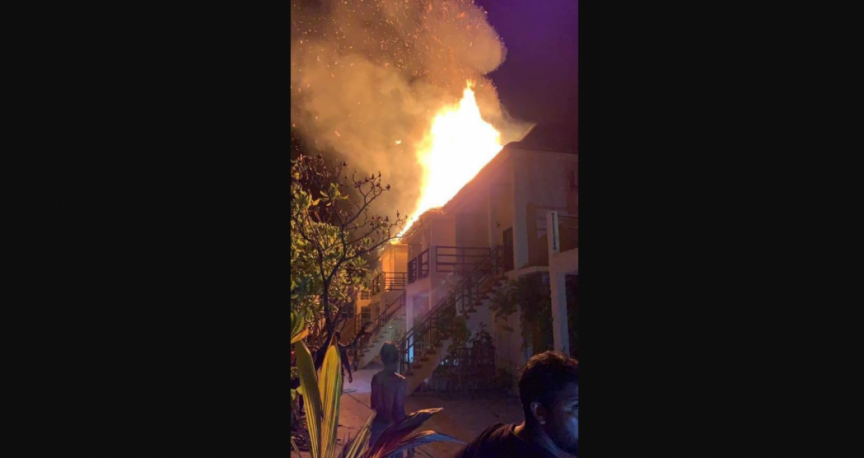 MP-elect of Kaashidhoo Constituency, Abdulla Jabir has reported the fire at his guesthouse in A. A. Mathiveri to the Maldives Police Service alleging arson.

The fire at the Club Maldives (Casa Mia Maldives) guesthouse in Mathivari was reported to Maldives National Defense Force at 10:25 pm last Sunday.

Information officer at MNDF, Captain Ibrahim Azim reports the fire has been completely contained, but declined to comment on the extent of the damage at this point.

Jabir reports he bought the guesthouse from a local and settled all the acquisition payments a week ago.

“I invested a couple of million UD dollars on it and made it ready for its grand opening and bam… they set fire to it,” said Jabir.

Jabir also reports the Mathivaru Council is attempting to annul his contract for the guesthouse and repossess it.

He said the case has been brought to the attention of both the Commissioner of Police, Mohamed Hameed (MC Hameed) and Minister of Home Affairs, Sheikh Imran Abdulla.

Jabir confirms he was filed a formal report with the MPS under their advisement.