Nasheed, Qasim confirm seats by only a slight margin 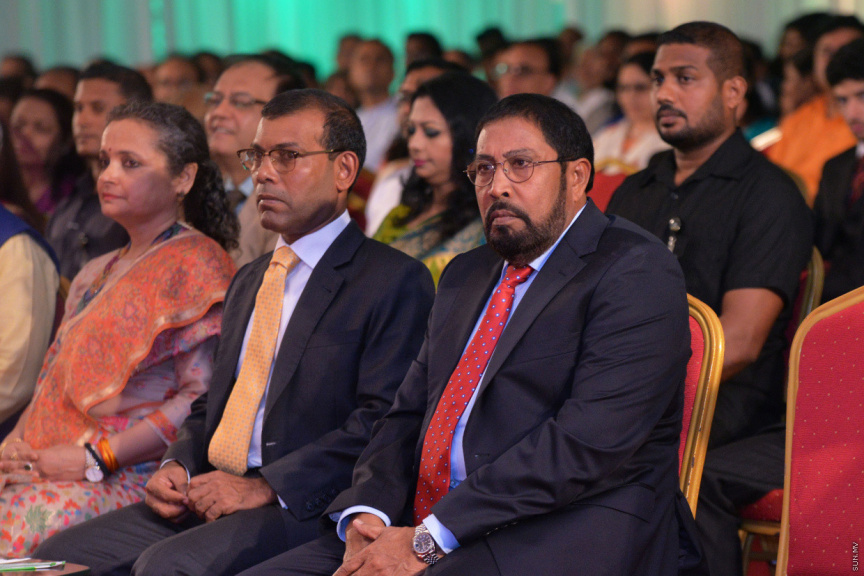 Former President Mohamed Nasheed and Speaker of Parliament Qasim Ibrahim are both projected to win seats at the 19th Peoples Majlis.

Analysis of interim results collected by 'Sun', places Nasheed in the lead for Central Machangolhi seat with a difference of 150 votes against independent candidate Ibrahim Mohamed.

Qasim is in the lead for re-election to his Maamigilli seat with a difference of 100 votes against MDP candidate Ali Ameez.

President Nasheed will make history by becoming the first former President of the country to become a Member of Parliament once he's sworn in.

With this result Qasim will be sitting in the Parliament as MP of Maamigilli for a third term. He had won his two previous election bids by a huge majority.