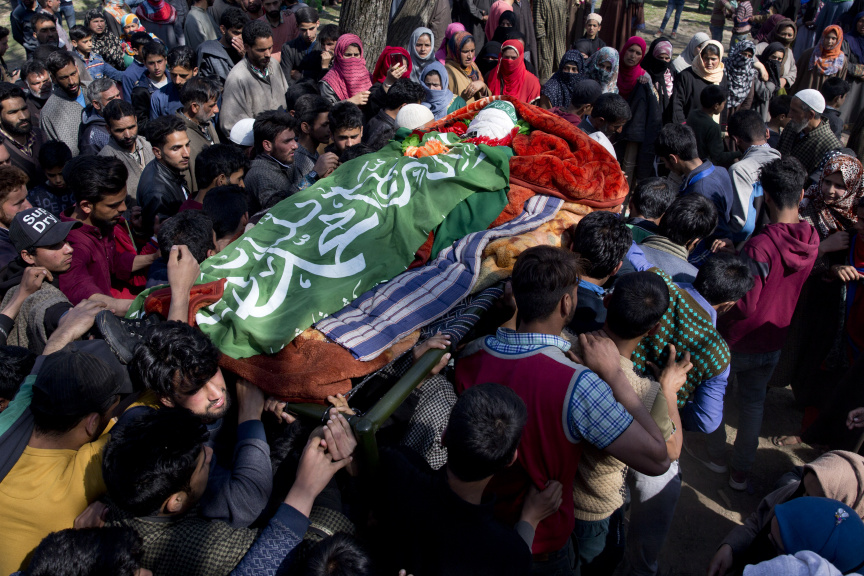 ISLAMABAD (AP) — Pakistan's Foreign Ministry says it has summoned an Indian diplomat to lodge a strong protest over what it says was this week's intentional targeting of civilians by Indian troops in disputed Kashmir that killed four.

India says two of its civilians and a soldier were killed in Monday's skirmishes. Both sides claim they did not initiate the fighting.

In Wednesday's statement, the ministry said several villagers were also wounded because of Indian shelling in Pakistan's part of Kashmir.

Pakistan's move to summon the Indian diplomat came a day after the country's military said Indian fire killed three of its soldiers and a civilian on the Pakistani side of Kashmir, which is split between the two South Asian neighbors and claimed by both in its entirety.

India bans key highway in Kashmir for 2 days a week