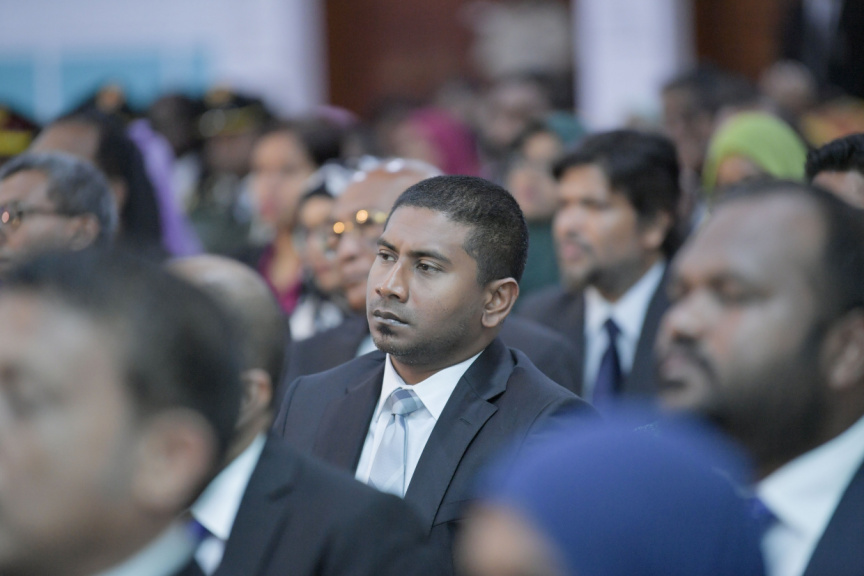 The State will make its decision regarding the suspension of Minister of Youth, Sports and Community Empowerment, Ahmed Mahloof, once Maldives Police Service completes its investigation into his financial transaction with SOF Private Limited, says the President’s Spokesperson.

Anti-Corruption Commission (ACC), in its investigative report on the Maldives Marketing and Public Relations Corporation (MMPRC) graft case, flagged all bank deposits and bank transfers made from SOF Private Limited – the company charged with laundering money grafted from MMPRC.

ACC cleared Mahloof and ruled the transaction as a legitimate business transaction on March 14.

When asked for a comment regarding Mahloof’s suspension, President’s Spokesperson Ibrahim Hood said that ACC shared its findings regarding the transaction last Thursday, and that ACC’s investigative report has been forwarded to Maldives Police Service for further investigation.

The President will make his decision regarding Mahloof’s suspension once the investigation by Maldives Police Service is complete, said Hood.

ACC released it investigative report on the MMPRC graft case to the public on February 14. Both Mahloof and State Minister for National Planning and Infrastructure, Akram Kamaaluddin – who was transferred USD 30,000 (MVR 462,600) from SOF Private Limited – were placed on suspension following its release.

Mahloof issued a statement the very same day, claiming no involvement in the graft case. He said the USD 33,000 was a legitimate business transaction made to purchase of US dollars for a clothing shop run by one of his family members.

When asked about Akram’s suspension, Hood responded that he was not yet privy to information regarding his case.

Findings by ACC were shared with Maldives Police Service, and ‘Sun’ has been informed the police are conducting its investigation in collaboration with the Presidential Commission on Corruption and Asset Recovery.

Neither Maldives Police Service, nor the Commission on Corruption and Asset Recovery has disclosed any details regarding its joint-investigation.

Commissioner of Police, Mohamed Hameed (MC Hameed), in an exclusive interview to ‘Sun’, said the investigation into the MMPRC graft scam was a top priority, and provided assurance the investigation would produce necessary answers.

ACC’s investigative report shows MMPRC received only USD 12 million out of the USD 77.4 million it was due for lease of 57 islands and lagoons.