Police refuses to discuss why offenders are released from courts 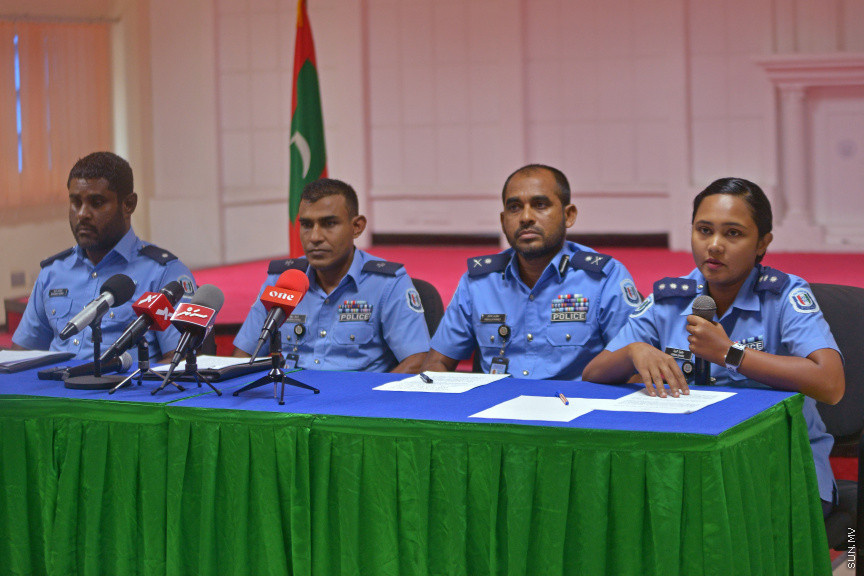 Maldives Police Service announced that they bring the accused into custody with evidence and they do not want to discuss why the offenders get released from the courts.

The release of offenders from the courts, proclaimed not guilty even when Police investigations provide evidence and proof is one of the biggest concerns of the people.

A press conference was held on 21st March to disclose information of Police investigations on some of the murder cases.

While answering a question asked by Sun, Sub Inspector of Police Mohamed Sameeh said that the police bring the accused into custody with enough evidence and he does not want to discuss why they are freed by the courts.

"We bring people into custody when we gain enough evidence and proof against them in our investigations. However, there are different standards on how these are verified, so I don't want to discuss the actions of the Judges," answered Mohamed Sameeh when questioned whether those in custody are released due to lack of evidence or lack of support from courts.

The first case disclosed was the death of GA.Villingili, Hussain Simaad, who was found dead in a boat building workshop on the 17th of February 2019. Police said that GA.Villingili, Saeed Hassan who look after the workshop is the one accused for the death of Simaad according to Police investigations.

Saeed is also the one who informed the police of the death of Simaad.

The Police also disclosed information on two murder cases as a result of gang violence from the last year - the murder of GD.Faresmaathodaa, Koka, Ibrahim Agil (18 years), who was killed by an attack from a sharp weapon near Maldives Monetory Authority on the 31st of August 2018 and the murder of S.Feydhoo, Hinamaage, Ismail Shaffah by an attack from a knife on the 11th of October 2018.

Police informed that these two murders were conducted as a mean to get revenge and are related to the series of gang fights that were carried in Male' during that time period.