7 motorcycles burned down in arson attack in Male’ City 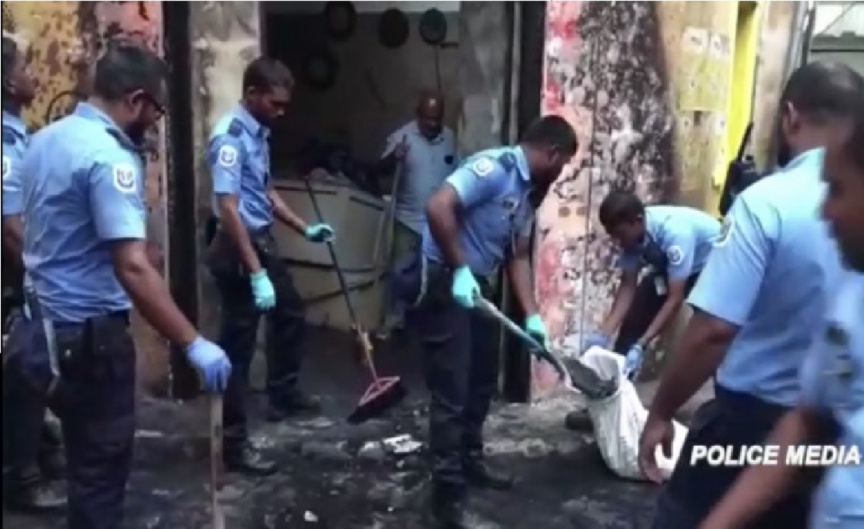 Screed grab from video footage of police officers cleaning up the site on an arson attack in Male' City on March 21, 2019. (Photo/Maldives Police Service)

Seven motorcycles parked on the street in the Maafannu district of Male’ City have been damaged in an arson attack.

The motorcycles damaged in the incident were all parked outside the convenience store, Ihsaan Fihaara.

Maldives National Defense Force (MNDF) says the Fire and Rescue Service received report of the fire at 3:46 am this Thursday.

A team of firemen were immediately dispatched to the area, and they contained the fire within minutes.

“With the effort of the firemen, the fire was completely put out at approximately 3:55 am,” reports MNDF.

Total seven motorcycles were damaged in the arson attack; six of them were damaged beyond repair, reports MNDF.

No one was harmed in the incident. And Maldives Police Service has launched an investigation into the case.