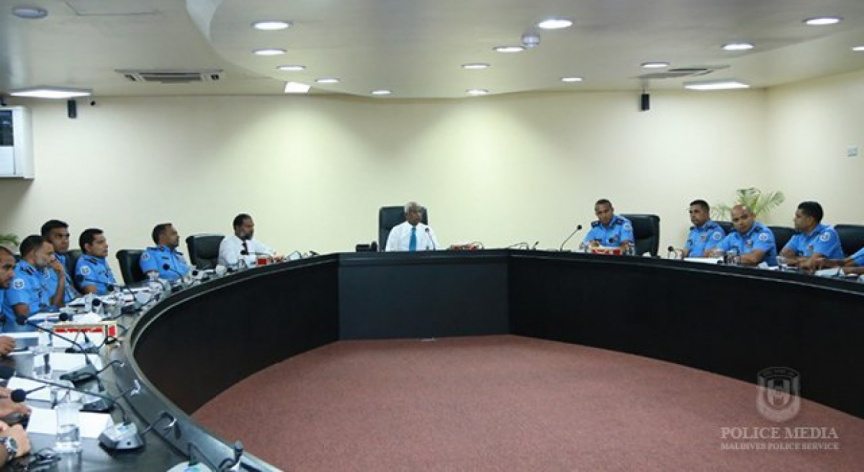 The meeting, held at the MPS headquarters this Tuesday morning, was attended by Minister of Home Affairs, Sheikh Imran Abdulla and Acting Commissioner of Police, DCP Mohamed Hameed (MC Hameed).

The meeting was also attended by executive officers at the MPS, including Heads of Departments.

MPS is currently in the middle of a campaign to reform the institution and restore the public’s trust in it.

Janah re-elected as President of MNACI