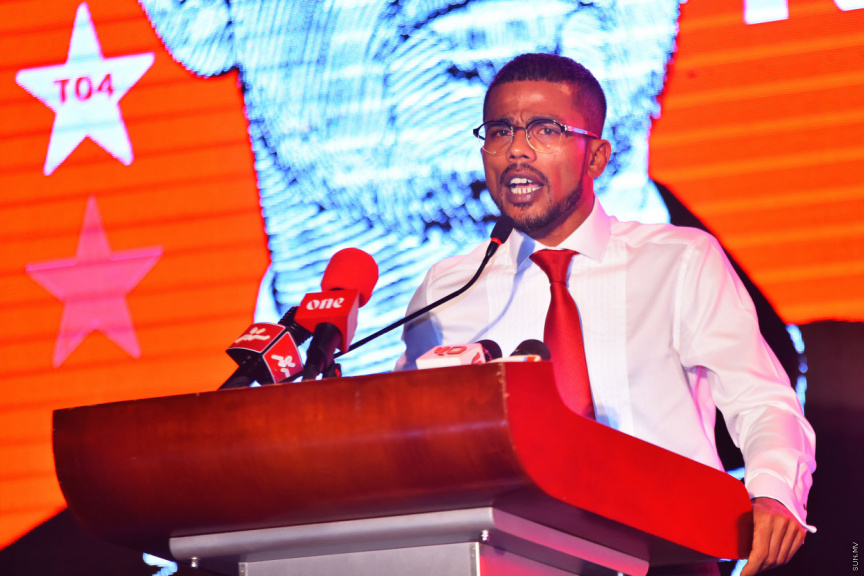 Alhan Fahmy – Jumhoory Party (JP)'s candidate for the North Henveyru seat in the upcoming parliamentary elections – has been sent summons by the Anti-Corruption Commission (ACC).

ACC has asked Alhan to present himself to the commission’s headquarters at 3 pm this Thursday.

The summons reads that Alhan is under investigation for holding illegal competitions and offering large cash prizes at the competitions.

Alhan has confirmed receiving the summons.

In an interview to ‘Sun’, Alhan maintained that he did nothing wrong, and planned on cooperating with the ACC to the fullest.

“I don’t believe I held any unregulated competitions,” said Alhan.

He later tweeted that organizing social activities was not a crime.