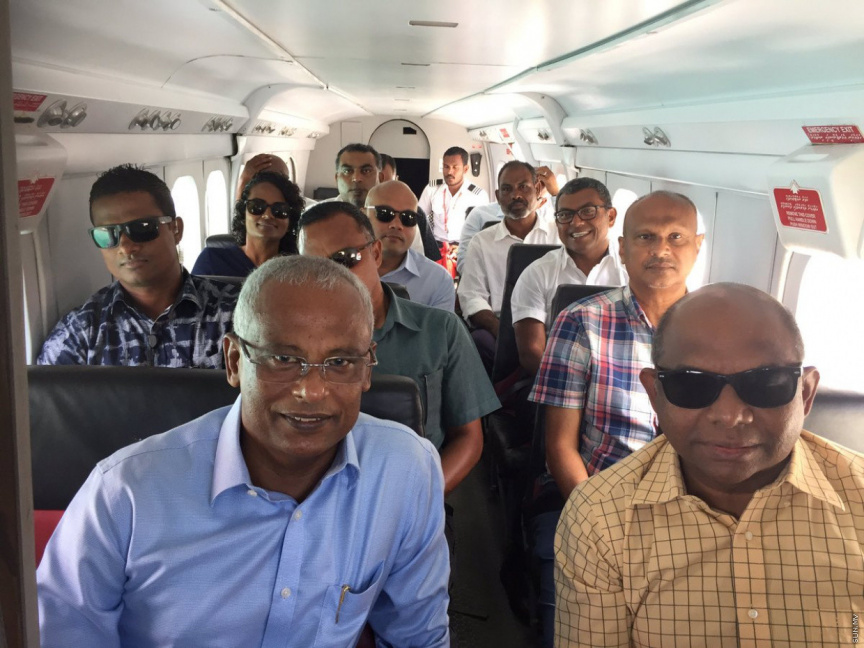 His first stop was V. Keyodhoo, and will be travelling to V. Felidhoo later this Thursday afternoon.

Solih, during the tour, is scheduled to appear at MDP’s campaign activities at the V. Atoll islands and meet with heads and staff of State companies and institutions at the islands.

He is accompanied on the tour by Minister of Foreign Affairs, Abdulla Shahid.

Solih is scheduled to make appearances at MDP’s campaign tours of N. Atoll and Lh. Atoll this coming weekend.

The President’s Office reported in an earlier statement that all expenses of campaign tours the President makes appearances in, are covered by MDP.