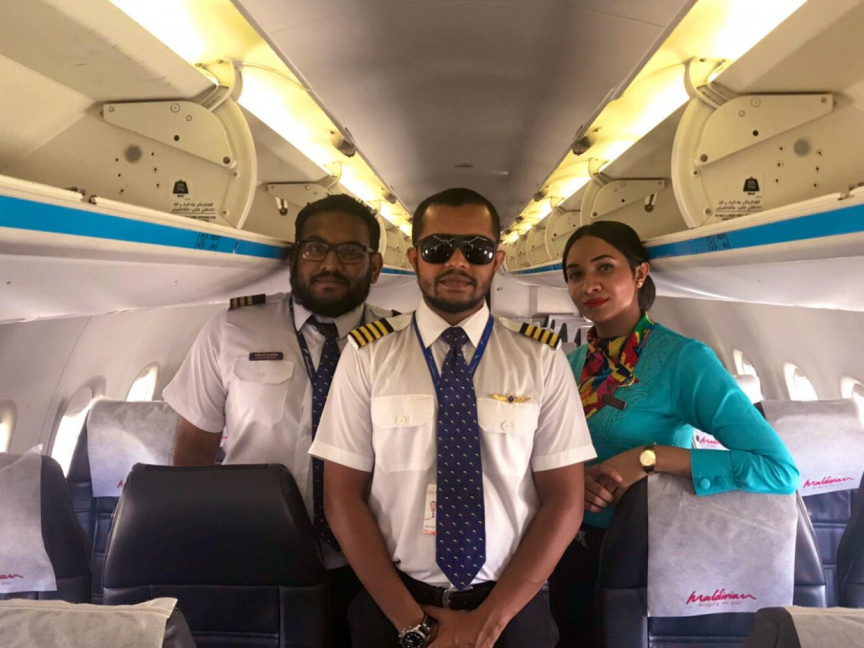 Crew of Maldivian’s flight Q2118 is getting a lot of compliments and positive remarks from the public after their successful landing.

Hats off to the brave pilot who managed to pull it off. The flight DQA118 was having difficulty landing for a good amount of time. Families were scared for their loved ones in the plane. Alhamdulillaah, all went fine. pic.twitter.com/QiDDTaF3fo

According to the PR and Communication Manager of Island Aviation, Moosa Waseem, the flight spent one hour and twenty minutes in air in a holding pattern above Gan International Airport due to mechanical error in the landing gear before carrying out a successful alternative landing procedure this Tuesday.

Commendable effort by Captain Basith and First Office Rimah - @ekingtor
They need to be made famous!

With Gan International Airport at high alert with news of the malfunction, the crew, Captain Abdul Baasith Ibrahim, First Officer Rimah Rushdhi and In-Flight Supervisor Hasna Mohamed carried out an alternative landing which was successful and safe with zero casualties.

We are grateful we have well trained pilots in our team! ???? Way to Go Captain Baasith and Team!❤️ https://t.co/sLwu1cpKkf

The flight was carrying 44 adults and one child.

Maldivian has tweeted a picture of the crew commending them on the safe landing and expressing pride at having such well-trained staff.

Passengers on board the flight and members of the general public have also taken to social media to commend the crew.

One man expressed gratitude to the crew for safely landing the flight which had his two children onboard.

“Maldivian’s pilots are no joke,” wrote one Twitter user.