Ali Waheed: I learnt to swim from nearly drowning 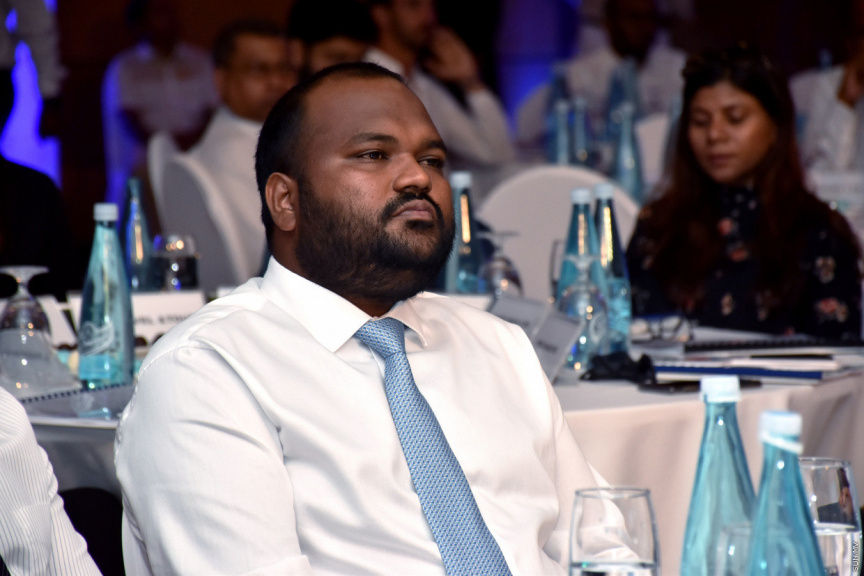 Minister of Tourism and Acting Minister of Youth, Sports and Community Empowerment, Ali Waheed reports he learnt to swim from nearly drowning.

He shared the experience during his speech at the inauguration of the Dhiyares - Water Sports Convention this Tuesday.

In his speech, Minister Ali Waheed highlighted the work of the government to develop watersports in Maldives and stressed the importance of learning how to swim.

The Dhiyares Convention is designed to facilitate in-depth and wide-ranging discussions by all watersports stakeholders in Maldives.

The convention is something President Ibrahim Mohamed Solih pledged to hold during his first 100 days in office.

Speaking at the inauguration of the convention, Ali Waheed said that the waters surrounding every Maldivian island was the country’s biggest platform for watersports.

He said that watersports is also an important medium to market and promote the natural beauty of Maldives to the rest of the world.

“Us Maldivians are linked to the seas, one way or another. With this being the case, every Maldivian should know how to swim. I first learnt to swim by nearly drowning. I used to spend some six hours in the waters every day without any boredom during my childhood,” said Ali Waheed.

He noted the string of recent drownings in Maldives and stressed the need for every Maldivian to be able to know how to swim in order to prevent such tragedies.

He added that he was considering making the ability to swim compulsory for employees of all State institutions.

Ali Waheed, during his speech, also announced the allocation of land for an Olympics standard swimming pool in the Male’ area.

He said the allocation of land has now been finalized, and that the construction was scheduled to begin this March.