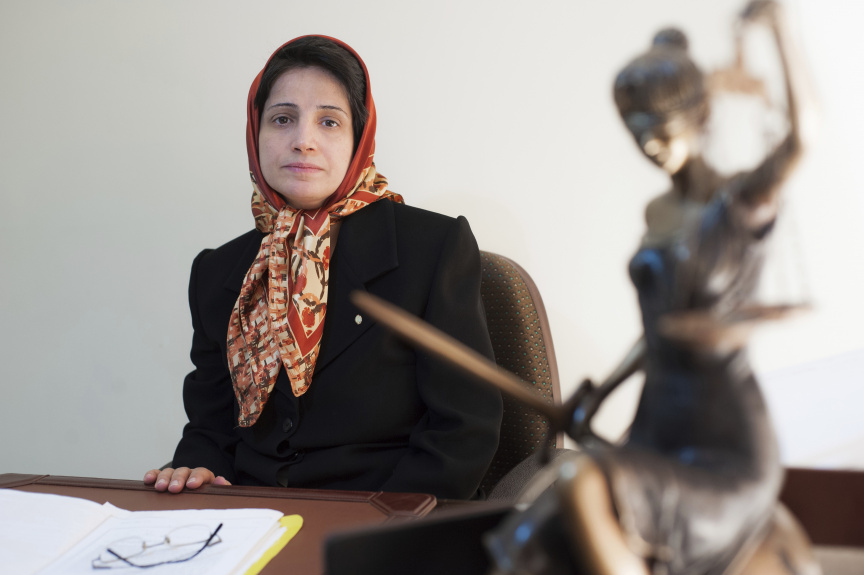 In this Nov. 1, 2008 photo, Iranian human rights lawyer Nasrin Sotoudeh, poses for a photograph in her office in Tehran, Iran. (AP Photo/Arash Ashourinia)

TEHRAN, Iran (AP) — Iran's Judiciary said it sentenced a prominent human rights lawyer to seven years in prison after she defended protesters against the Islamic Republic's mandatory headscarves for women.

However, Reza Khandan, the husband of 55-year-old Nasrin Sotoudeh, said on Facebook that his wife's verdict was delivered to her in jail and that it was "five years imprisonment for her first case and 33 years imprisonment with 148 lashes for the second case." He did not elaborate.

It's unclear when the sentencing took place.

Last week, an Iranian activist group that's based abroad reported that Sotoudeh was convicted. Her sentencing has been widely criticized.

She has 20 days to appeal the verdict.

Sotoudeh previously served three years in prison for her activism and was released in 2013. She was arrested again last June.

The headscarf, or hijab, is mandatory for all women in Iran.