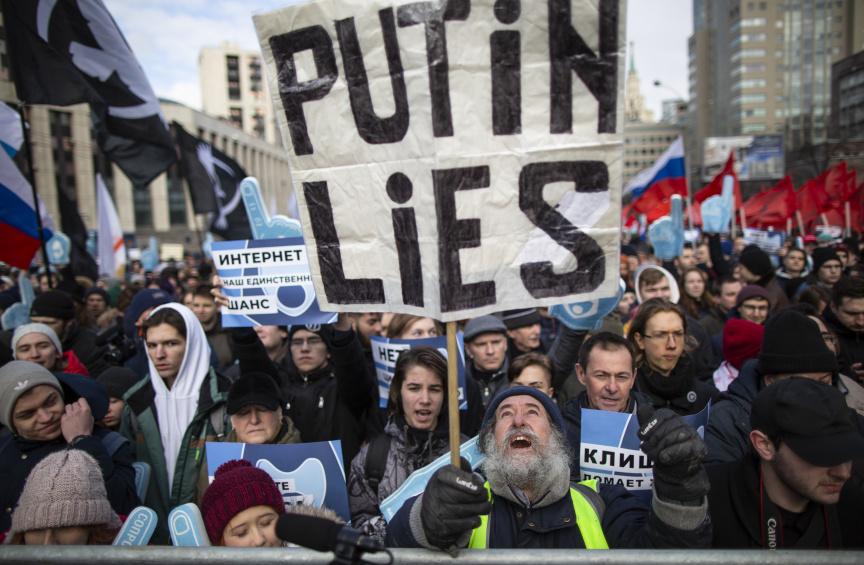 Demonstrators attend the Free Internet rally in response to a bill making its way through parliament calling for all internet traffic to be routed through servers in Russia — making VPNs (virtual private networks) ineffective, in Moscow, Russia, Sunday, March 10, 2019. (AP Photo/Alexander Zemlianichenko)

MOSCOW (AP) — Several thousand people have rallied in Moscow to protest legislation they fear could lead to widespread internet censorship for Russian users.

The sanctioned rally on Sunday was organized in response to a bill in parliament that would route all internet traffic through servers in Russia, making virtual private networks (VPNs) ineffective.

The proposed measure also would create a division in Russia's agency that regulates communications to oversee traffic control and routing.

The bill has passed the first of three readings in the Duma, the lower house of parliament.

Advocates say the bill is intended to address concerns that Russia could be cut off if the United States applies a new cybersecurity doctrine in an offensive maneuver.

Critics say the bill would create an internet firewall similar to China's.