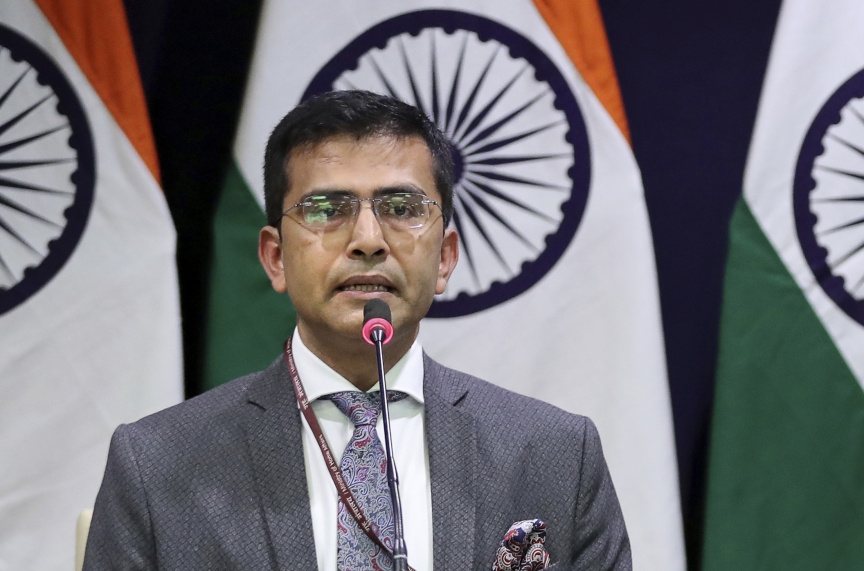 NEW DELHI (AP) — India said Saturday that it was returning a key diplomat to Pakistan's capital amid an easing of tensions between the nuclear neighbors, but also demanded that its archrival take concrete steps against terrorists operating from its territory.

The moves come after the two countries recalled their diplomats for consultations as tensions flared after a Feb. 14 suicide attack on a convoy of Indian paramilitary soldiers in Pulwama in the Indian-held portion Kashmir that killed 40 soldiers.

India blamed the attack on a Pakistan-based militant group, Jaish-e-Mohammed, and launched a retaliatory airstrike inside Pakistan.

Asked whether it was right to say that the worst was over and de-escalation has taken place between the two neighbours, Kumar said at a media briefing on Saturday that India's airstrike on a terrorist training camp inside Pakistan on Feb. 26 was "necessitated by the lack of action by Pakistan on the perpetrators of Pulwama attack."

Kumar said that a reported Pakistani crackdown earlier in the week on seminaries, mosques and hospitals belonging to outlawed groups and the arrests of dozens of people was not enough, and that Pakistan should take concrete steps "against terrorists and terror infrastructure" on its territory.

He said a recent United Nations statement also called for "perpetrators, organizers, financiers and sponsors of terrorism to be held accountable and brought to justice."

Kumar accused Pakistan of failing to take any credible action against Jaish-e-Mohammed and other terrorist organizations, which he said continued to operate with impunity from Pakistan.

"The widespread presence of terrorist camps in Pakistan is public knowledge within and outside Pakistan," he said.

Pakistan says it has arrested 44 people, including the brother of Jaish-e-Mohammed chief Masood Azhar who was apparently named in a dossier given to Islamabad by New Delhi. It also says it shut a number of facilities and froze assets of several outlawed organizations.

Pakistan's information minister, Fawad Chaudhry, said Saturday that his country was acting against the banned militant outfits and would not allow anyone to "use Pakistani land for terrorism against any country."

He also said Pakistani Prime Minister Imran Khan had asked India to send evidence it has against any individuals.

"India hasn't shared yet any actionable information and proof against anybody," Chaudhry said.

He also said Khan has invited India to take part in a joint investigation and negotiations, but that there had been no response from the Indian side.

India said its air force hit a terrorist training camp and killed "a very large number" of militants. Pakistan said the strike only damaged three trees in a forest.

Islamabad responded by shooting down two Indian warplanes and capturing a pilot, who was later returned to India as a peace gesture. India said it lost only one aircraft.

Since then, the two sides have exercised restraint amid calls from the international community to avoid war.