Nasheed: Muizzu must be investigated for gross negligence 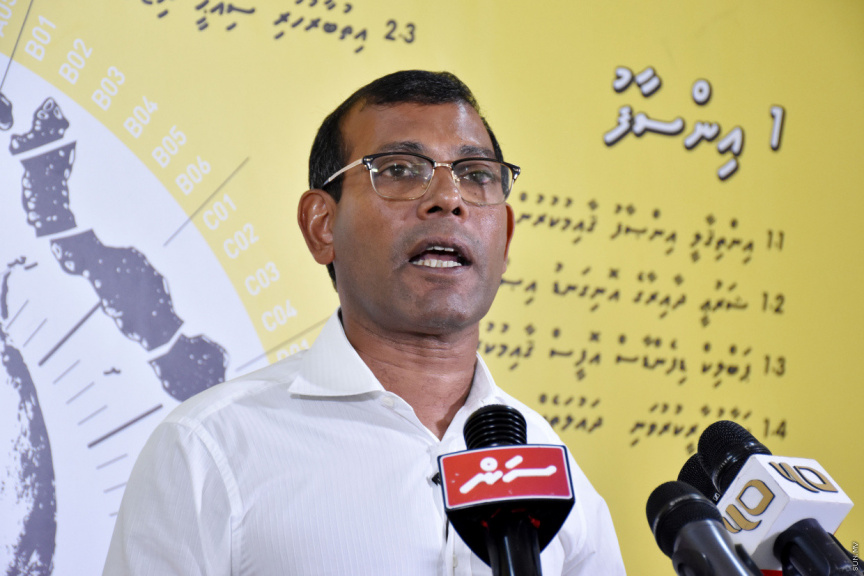 The President’s Office publicized the identities of the tenants awarded housing under State housing schemes carried out by the previous administration on March 4.

The lists showed housing was awarded to a large number of tenants who were not eligible for the State housing schemes, some of them family members of politicians and lawmakers.

Speaking during a press conference by MDP this Thursday, Nasheed declared that it was Dr. Muizzu who was the most blame-worthy over the case.

“The Housing Minister at the time, Dr. Muizzu is the one who has been the most negligent over the award of these flats. I believe an investigation should be launched against him,” said Nasheed.

He said that separate investigations also need to be launched to find out how and why so many family members of single lawmakers and politicians were awarded flats.

Dr. Khaleel – a top PPM lawmaker – has issued a statement admitting 37 members of his family were awarded housing, but maintaining that it was not through undue influence put through proper process.

Nasheed described the unfair award of housing as an act of treason.