Maldivian arrested from Cochin Airport with drugs worth USD 1.4M 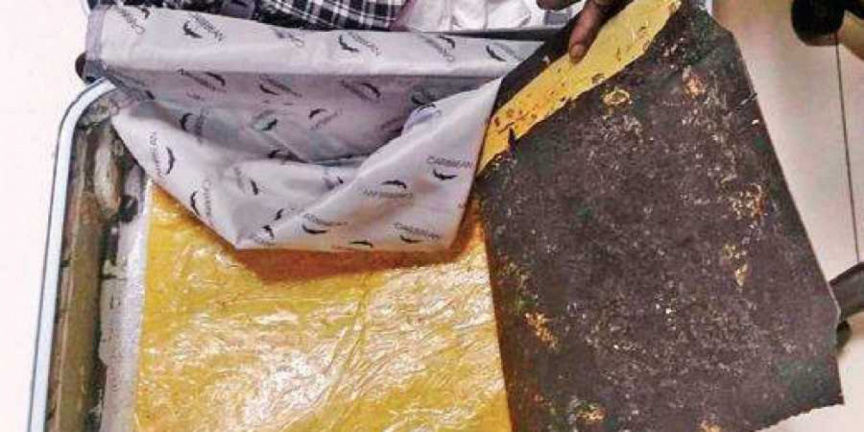 Hashish oil hidden inside the luggage of Mohamed Sobah, 32, from G. A. Vilingili on March 5, 2019. (Photo/New Indian Express)

A Maldivian citizen has been arrested from the Cochin International Airport of India with three kilos of hashish oil.

According to Indian newspapers, the Customs Bureau of Cochin International Airport has identified the suspect as Mohamed Sobah,32, from G. A. Vilingili.

According to reports, Sobah is suspected of being a member of a drug cartel which operates in Western Asia.

He was deplaned from an IndiGo flight to Velana International Airport last Tuesday and susequently arrested.

Some newspapers report Maldives was only a planned transit stop, and that his final destination was Bahrain.

The Customs Bureau of Cochin International Airport reports the hashish oil was found hidden in a secret compartment inside his luggage.

The street value of the drugs seized in the operation is estimated to be 10 Crore Indian Rupees (USD 1.4 million).

The case is under investigation by the Narcotics Control Bureau of India.

Candidates permitted to include nicknames on ballots