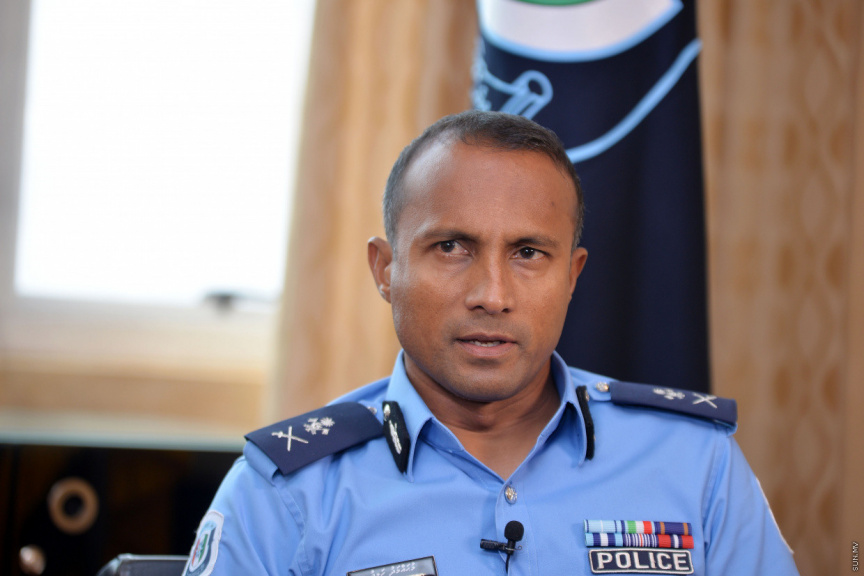 Hameed made the statement at the opening ceremony of the Police Reform Symposium 2019, this Tuesday.

In his speech, Hameed said that the MPS was facing various challenges in establishing a modern and democratic work environment for the institution.

He said that many police officers were lacking when it came to the basic principle of advocating and protecting the rights of citizens.

“I note today that police officers lack the attitude or principle, to the desired level, to protect citizens and conduct their duties while upholding and protecting the rights of citizens in a democratic environment and a changing criminal climate. I acknowledge we have not yet been able to fully engage our efforts gain policing legitimacy,” said Hameed.

“It is the members of the general public, to whom police have dedicated their service, who can provide police with legitimacy. Through trust in the work of the police and in police officers,” he added.

Hameed stressed that police officers need to accept they must be held accountable for the execution of their legal duties. And highlighted on the need for police officers to be fair and adhere to the rule of law.

Hameed said the campaign to reform the police will be carried out by educated and capable individuals. And announced the MPS planned on seeking international expertise for the campaign.

“In Sha Allah, we shall remain firm on our objective and strive to make the services by Maldives Police Service acceptable to citizens as legitimate services,” said Hameed.

He said the establishment of the new department – Department of Organizational Reform and Development – was proof MPS’ commitment to reforming the institution.

Permits for all outings will be issued by Police