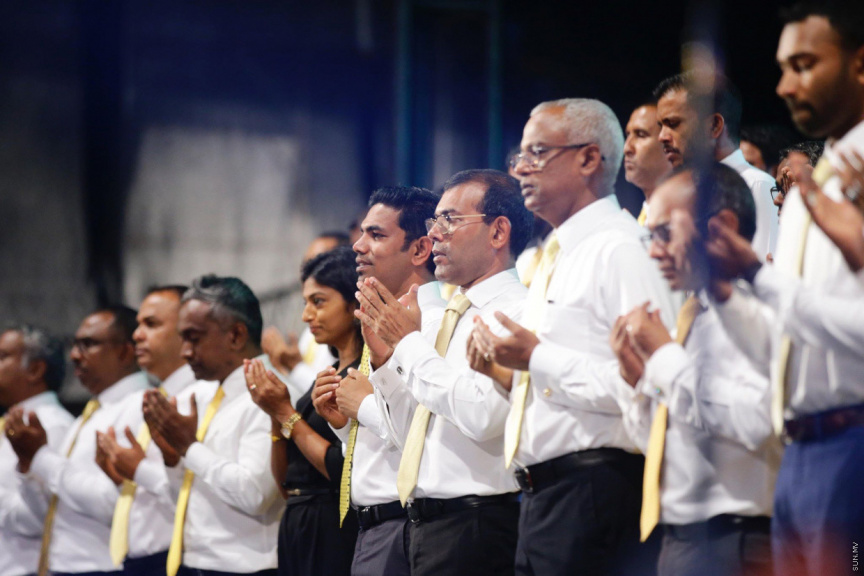 Speaking during the daily campaign press conference by MDP this Sunday, Deputy Secretary-General of MDP, Afshan Latheef announced both President Solih and former President and Leader of MDP, Mohamed Nasheed will make an appearance at the campaign tour in Addu City.

“I take this opportunity to note the President will take part in the Addu tour from March 8 – March 10,” said Afshan.

Afshan announced multiple events are planned across districts of Addu City in light of the President’s visit.

86 MDP candidates are contesting in the Parliamentary Elections 2019 – which will be held on April 6. Solih, who was the top MDP lawmaker before assuming office, has announced his wishes for a government majority Parliament, while Nasheed, during campaign events, has stressed the need for MDP itself to gain majority in order to pass crucial legislature.

15 of 21 men arrested in drug raid remanded to jail