President: Efforts to eliminate corruption begins with one’s own self 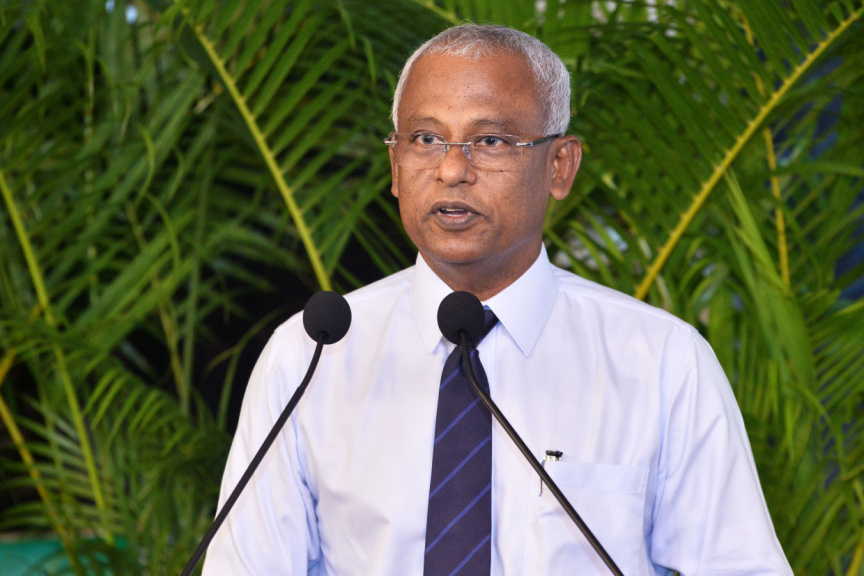 President Ibrahim Mohamed Solih speaks at the inauguration of the Zero Tolerance to Corruption campaign at the President's Office on February 12, 2019. (Sun Photo/Ahmed Awshan Ilyas)

Efforts to eliminate the epidemic of corruption begins with one’s own self, says President Ibrahim Mohamed Solih.

Solih made the comment during his speech at the inauguration of the Zero Tolerance to Corruption campaign at the President’s Office this Tuesday.

“Everyone needs to accept that efforts to eliminate corruption needs to begin from one’s own self. This requires personal integrity. And an unwavering conscience,” said Solih.

Speaking regarding the portal launched this Tuesday designed to facilitate anonymous reports of acts of corruption, Solih said the portal promises to be the biggest resource for whistleblowing.

“I invite all employees of state institutions – from the most low-ranking to high-ranking – to walk through this window of opportunity we just opened. I request you report even the slightest hint of corruption at your workplace. And I request members of the general public to send in reports of acts of corruption,” said Solih.

During his speech, Solih highlighted on the current efforts by Maldivian administration to eliminate corruption in Maldives.

He also announced the administration planned on improving the newly introduced system to release of income and asset statements of government officials, and spoke of the recent two-day seminar on elimination of corruption and good governance at government institutions, which he said discussed crucial policies.

Anni: Maldives, Lanka need to open seas to each other