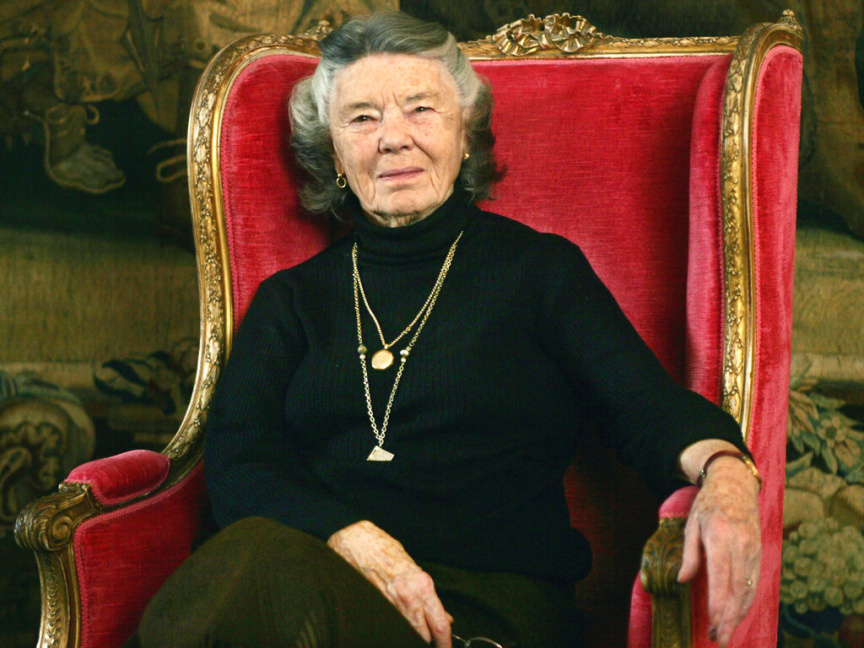 FILE - In this Tuesday, Nov. 8, 2005 file photo, best- selling novel writer Rosamunde Pilcher poses during a photo shooting in Munich, Germany. British writer Rosamunde Pilcher, whose family saga "The Shell Seekers" sold millions of copies around the world, has died at the age of 94 at a hospital in Dundee, Scotland. (AP Photo/Diether Endlicher)

LONDON (AP) — British novelist Rosamunde Pilcher, whose family saga "The Shell Seekers" sold millions of copies around the world, has died, her agent said Thursday. She was 94.

Pilcher's literary agency, Felicity Bryan Associates, said she died overnight at a hospital in Dundee, Scotland after a short illness. Her son Robin Pilcher told the Guardian newspaper his mother suffered a stroke Sunday following a bout of bronchitis.

Raised along England's wild southwest coast in the county of Cornwall — the setting for many of her books — Pilcher began her literary career in the 1940s, writing romance novels for the Mills & Boon imprint under the name Jane Fraser.

The first novel published under her own name, "A Secret to Tell," came out in 1955. She scored an international best-seller in 1988, when she was 63, with "The Shell Seekers," which told the story of a bohemian family across three generations.

The novel, in which a woman discovers that a painting left to her by her father is worth a fortune, was adapted for TV twice. A 1989 Hallmark Hall of Fame television movie starred Angela Lansbury, and a 2006 miniseries cast Vanessa Redgrave in the central role.

Her other novels of messy but relatable family life included "September," ''Coming Home" and "Winter Solstice," published in 2000.

In 2002, Pilcher was made an Officer of the Order of the British Empire by Queen Elizabeth II for services to literature.

Hundreds of thousands of German tourists visit Cornwall each year, many drawn to a "Rosamunde Pilcher Trail" of sites linked to her work and promoted by Cornish tourist authorities.

Pilcher's husband, Graham Pilcher, died in 2009. She is survived by two sons and two daughters.