Trump says State of the Union address to stress 'unity' 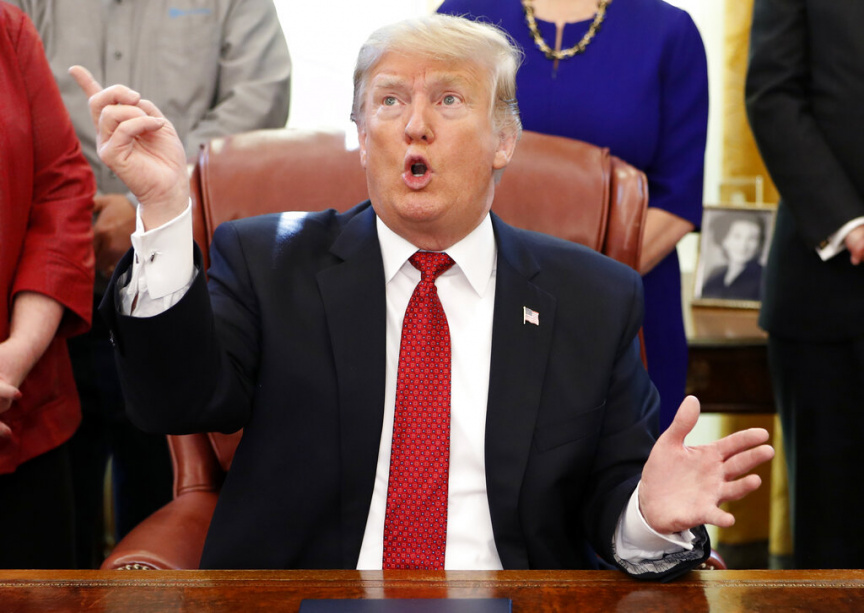 President Donald Trump speaks during a meeting with American manufacturers in the Oval Office of the White House, Thursday, Jan. 31, 2019, in Washington. Trump was signing an executive order pushing those who receive federal funds to "buy American." (AP Photo/Jacquelyn Martin)

WASHINGTON (AP) — President Donald Trump says "unity" will be the theme of his State of the Union address next week, and says he respects Stacey Abrams, who will give the Democratic response.

Trump told reporters Thursday that he's familiar with Abrams from the 2018 Georgia governor's race, which she narrowly lost to Republican Brian Kemp.

Trump said, "I hope she does a good job. I respect her." Trump said his speech next Tuesday will be sweeping "but part of it's going to be unity."

Abrams will be the first black woman to deliver a Democratic response. Democrats chose her in part because she represents the future of the party and the black women who anchor it.