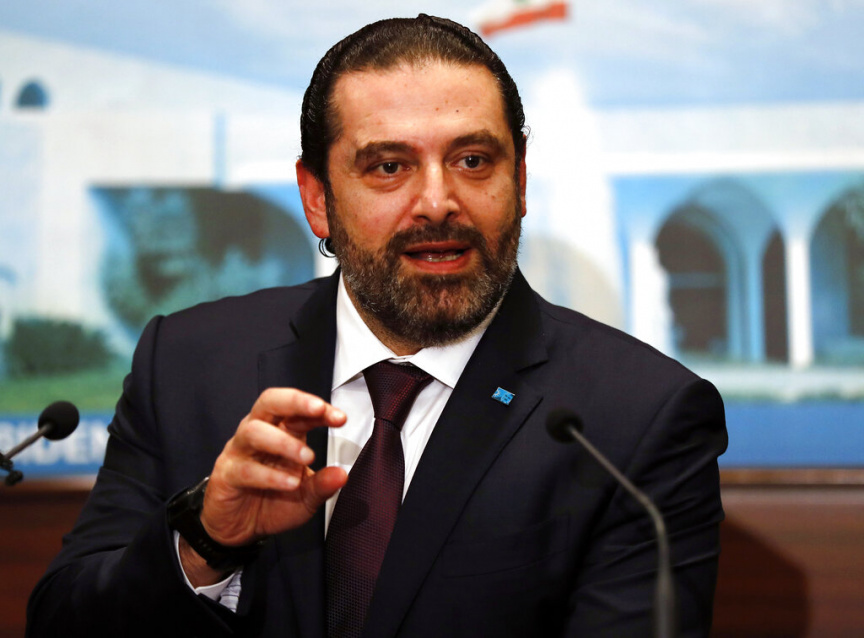 BEIRUT (AP) — Lebanese political factions agreed finally Thursday on the formation of a new government, breaking a nine-month deadlock that only deepened the country' economic woes.

Rival political groups have been locked in disagreement over the make-up of a new government since May, after the country's first parliamentary elections in nine years.

The breakthrough comes after rival factions worked out a compromise allowing representation of Sunni lawmakers backed by the powerful Shiite group Hezbollah.

Celebrations broke out after the announcement, including huge fireworks that lit up the Beirut sky.

The government also sees an increase in the number of ministries affiliated with the powerful Shiite Hezbollah group, which is under tightening sanctions from the United States that labels the group a terrorist organization. The group made significant gains in last year's Parliament elections while Hariri's block lost a third of its seats.

The group now holds two ministries and a ministry of state, including for the first time the Ministry of Health, which has one of the country's largest budgets. The Finance Ministry remains in the hands of a Hezbollah ally, Ali Hassan Khalil.

For the first time, the Lebanese government includes four women ministers, doubling their representation, including the powerful Ministry of Interior in charge of internal security. Gebran Bassil, the son-in-law of the Lebanese President, remains foreign minister.

Hariri called the new government "a reflection of Lebanon's image in 2019."

The main pressure appeared to be Lebanon's deepening economic woes and Hariri told reporters the economy will be priority.

"There isn't any more time to waste," he said.

But Hariri dodged a question about a contentious issue: relations with Syria. Lebanese factions have been divided over the war in neighboring Syria. Hezbollah has thrown its weight behind the Syrian government in the civil war that broke out in 2011, while Hariri and his political allies were critical, supporting at times the opposition.

The country is dealing with soaring public debt of $84 billion, or 155 percent of the gross domestic product, and unemployment believed to be around 36 percent. Lebanon's infrastructure is also reeling under the weight of a growing number of Syrian refugees, who are estimated to at more than 1 million in the country of just over 4 million.

Labor unions and government employees have held limited strikes and protests have picked up in recent weeks, complaining of the politicians' delay in forming a government and approving a budget as the economy suffered.

In keeping with a favorite practice, Hariri posed for a selfie with reporters and staff in the Presidential palace after he spoke.

The first meeting for the new Cabinet will be Saturday, Lebanese media reported.

Trump blames Russia as US pulls out of nuclear treaty