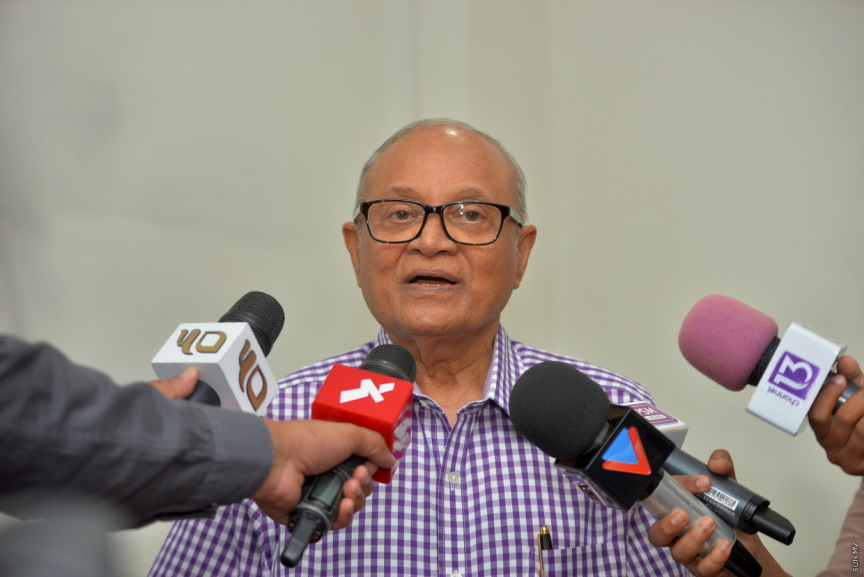 Talking to the press after a meeting with his supporter, Maumoon said that after discussing with his core group and supporters, a decision has been made to register the Maumoon Reform Movement as a political party.

He said that the core group advised to register as a political party last night and the suggestion was discussed with his supporters today. Maumoon said that the decision was made after listening to both sides.

The former President said that the political party will be registers as MRM, Maldives Reform Movement.

Maumoon said that the decision was also driven becuase his lawyers have advised that Supreme Court would not proceed with a similar case after they have ruled in one of the two PPM cases. And because it is unclear when the court would make a decision regarding the ownership of PPM.

Former President Maumoon said that the efforts to register the party are underway starting today and the 3,000 membership forms required by law would be submitted to the Elections Commission very soon.

The Supreme Court made a decision regarding the validity of the PPM Congress yesterday. Although the court did not make a ruling regarding the ownership of the party.