Crane loses control, all on a boat 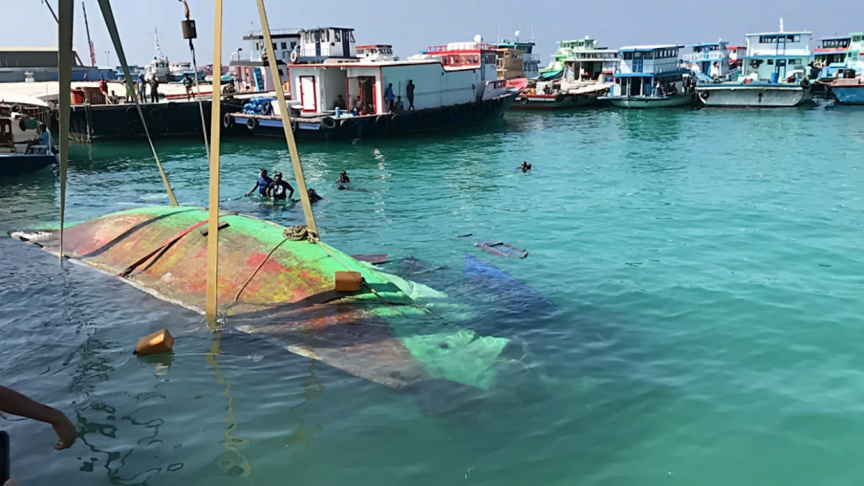 Aftermath of the crane incident in Hulhumale' on 28 January 2019. yesterday. (Photo/Smith)

A crane in Hulhumale' has lost control and fallen on to a boat at the harbor.

A witness to the incident told Sun Media that no one was injured in the incident which took place yesterday afternoon in the west of Hulhumale' harbor towards the FSM fuel station.

The owner of the vessel said that it is used to ferry sand and the crane fell after it unloaded the sand.

The owner of the vessel said that the crane fell after its brakes failed according to the driver. The driver jumped off the crane before it was fully tipped over hence escaping any serious injuries.

The submerged vessel was recovered back to surface today with the help of a second today. However, the 49 foot wooden boat sustained major damages in the incident yesterday.

Although the boat has been recovered, the crane is still under water.