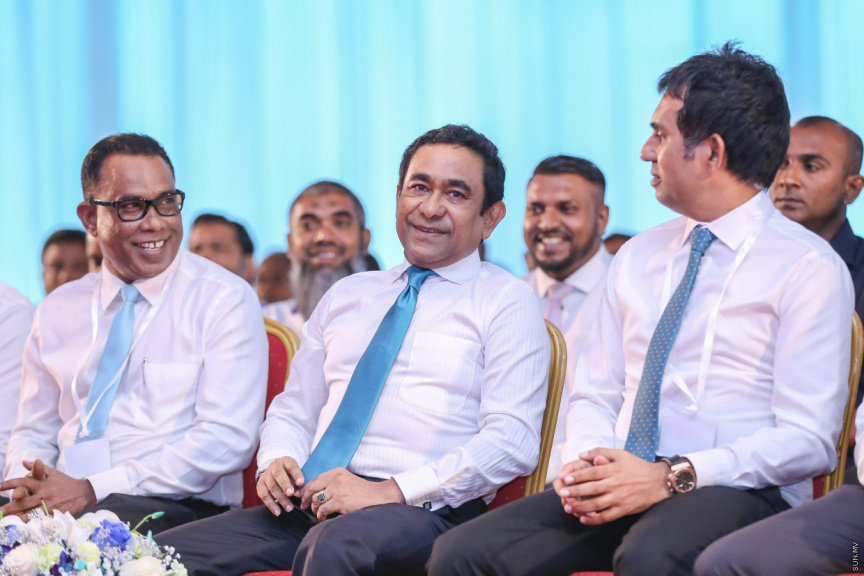 Inside the PNC inaugural fuction on the night of 27 January 2019. (Sun Photo/Fayaz Moosa)

The newly elected temporary President of the People's National Congress (PNC) party, Abdul Raheem Abdulla (Adhurey), has said that the aim of PNC is to become the ruling party.

Speaking at the inaugural function of the party, Adhurey, said that PNC would work to hold the government of President Ibrahim Mohamed Solih accountable and become the ruling party in the next Presidential Election.

He said that PNC would work to build a 100 percent Muslim country.

Adhurey said that there is no one who can question the ownership of PNC and it is the former President, Abdulla Yameen Abdul Gayoom and called to all his supporters to join PNC.

At the function with 357 members, a committee of 40 members were established to run the party which include a temporary President and two Vice Presidents.