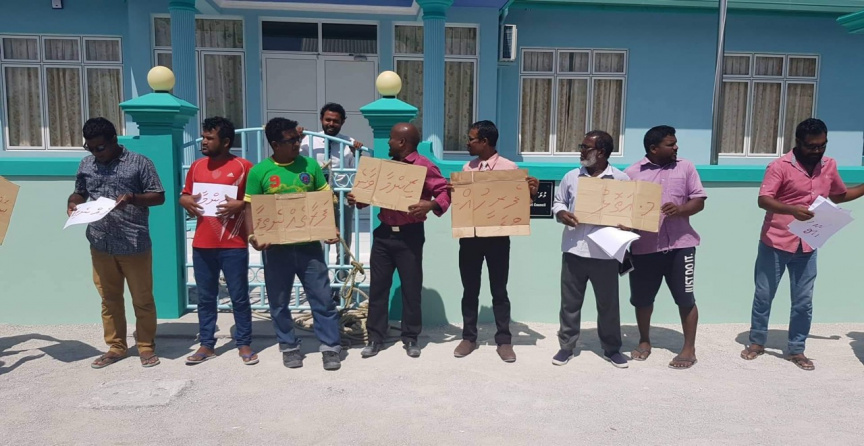 Demonstration in front of the M. Maduvvari Council headquarters on January 27, 2019. (Photo/Reader Contribution)

Members of the M. Maduvvari Council who were held captive by angry protestors inside the grounds of the council headquarters this Sunday have been freed by locals who intervened on their behalf.

Vice President of Maduvvari Council, Hassan Mahaasin reported to ‘Sun’ the protesters had been unhappy over the suspension of ferry services to the island.

He said the island had not received services of the M. Atoll ferry in over two months.

Protestors had organized a demonstration in front of the council headquarters and tied a rope around the gate, preventing councilors from leaving the grounds.

One of the boards held up by a protestor read “No one to take responsibility for this. Minister Nahula unavailable.”

“This council has called the Ministry of Transportation multiple times. We have not received a sufficient response. We empathize with the concerns of the locals. We are working on finding a solution to the problem,” said Mahaasin.