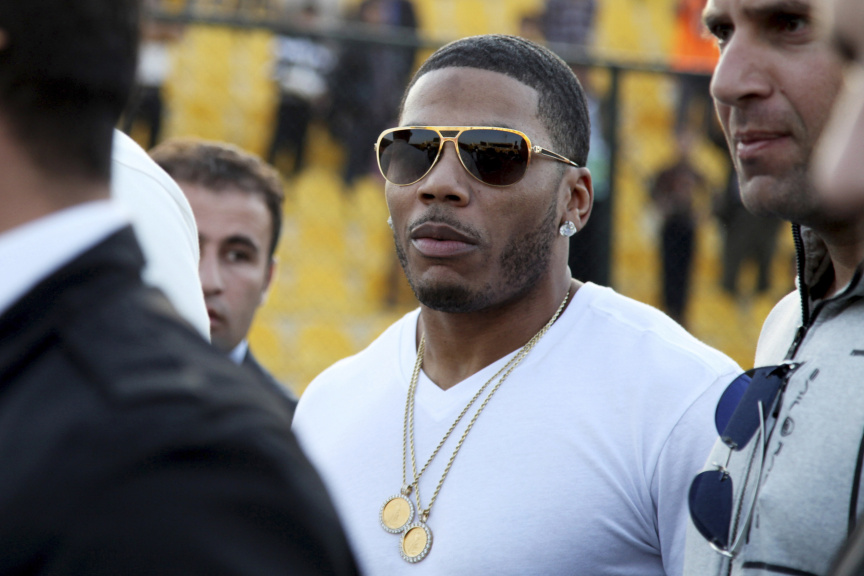 ST. LOUIS (AP) — The rapper Nelly is asking a U.S. court to dismiss a British woman's lawsuit that alleges he sexually assaulted her after a concert in England.

The federal lawsuit was filed in November in St. Louis, the rapper's hometown. The woman accuses Nelly, whose real name is Cornell Haynes Jr., of assaulting her in a dressing room at the concert venue in Essex in December 2017. Nelly hasn't been criminally charged and has denied the allegations.

The woman is identified only as Jane Doe in the lawsuit.

Nelly's attorney, Scott Rosenblum, filed a response to the lawsuit Thursday, arguing that the woman shouldn't be allowed to remain anonymous and "avoid public scrutiny."

The woman alleges that she paid to have her photo taken with the 44-year-old rapper after the concert before he took her to a separate room and sexually assaulted her.

The woman's attorney, Karen Koehler, said the woman reported the incident to police more than a year ago and she believes the investigation is ongoing. Essex police didn't immediately respond to an after-hours phone message from The Associated Press seeking information Friday.

Rosenblum argued that a "cloak of anonymity" for the accuser invites people with personal vendettas "to use the federal court system as a tool to inflict calculated harm against others' reputations" while protecting themselves from scrutiny "that false accusations properly risk and invite."

The lawsuit is the second such case filed against the rapper. In September, Nelly settled a lawsuit filed by a woman who alleged he raped her on his tour bus in suburban Seattle.

Police in Washington arrested Nelly in October 2017, but prosecutors didn't file charges, citing a lack of cooperation by the accuser. Rosenblum said those accusations were fabricated.

'Black Panther,' 'Star Is Born' up for SAG Awards