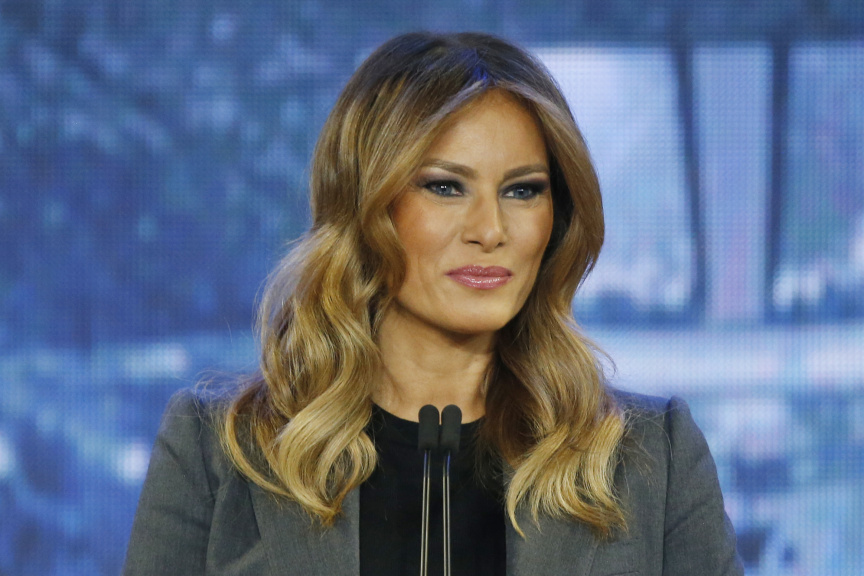 The newspaper said Saturday it apologizes "unreservedly" to Mrs. Trump and her family for any embarrassment caused by the content of a cover story published Jan. 19 in the newspaper's weekly magazine supplement.

"As a mark of our regret we have agreed to pay Mrs. Trump substantial damages as well as her legal costs," The Telegraph said. The newspaper did not disclose the size of the settlement with Mrs. Trump.

The Telegraph said it falsely characterized Mrs. Trump's father's personality, falsely reported the reasons she left an architecture program, and falsely reported her career as a model was unsuccessful before she met Donald Trump.

"We accept that Mrs. Trump was a successful professional model in her own right before she met her husband and obtained her own modelling work without his assistance," the newspaper said, also acknowledging it had incorrectly reported the year when the couple first met.

"The claim that Mrs. Trump cried on election night is also false," The Telegraph said.

It also retracted the statement that Mrs. Trump's father, mother and sister had relocated to New York in 2005 to live in buildings owned by Trump.

The Telegraph is one of Britain's leading broadsheet newspapers and is traditionally aligned with the Conservative Party.

It is not the first time Mrs. Trump has successfully challenged the British press. She received damages and an apology from the Daily Mail in 2017 after bringing a libel action against the popular tabloid.

Why did Melania wear white? Some see hidden meanings