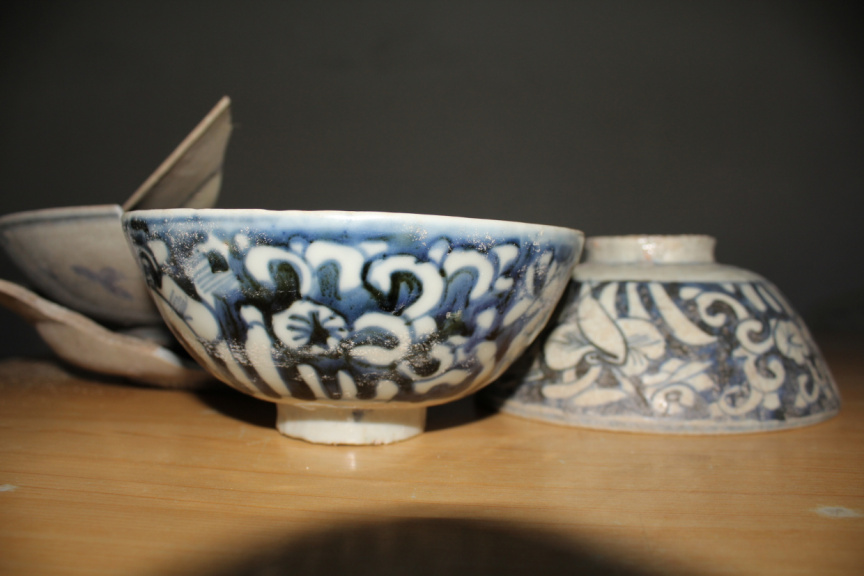 Vintage china tableware has been discovered in F. Dharanboodhoo.

The five pieces – five plates and three bowls – were found buried together.

Abdul Hameed Adam reports the area where the china was found was last inhabited at least 80 years ago. And used to be the location of the house – Ganduvaruge.

The china was discovered by Haleema Ahmed, a security officer at Dharanboodhoo Council, and daughter of Ahmed Mohamed (Dhigugey Ahmed) – owner of Ganduvaruge.

The discovery was made while the area was being cleared of reeds.

Some of the china were chipped.

The china is currently stored at the Dharanboodhoo Council, which plans on repairing the chipped china and restoring it, reports Abdul Hameed Adam.

Multiple ancient artifacts have been discovered buried in Dharanboodhoo, including some from the grounds of the island’s school.