AP to hold internal election for only 1 electoral district 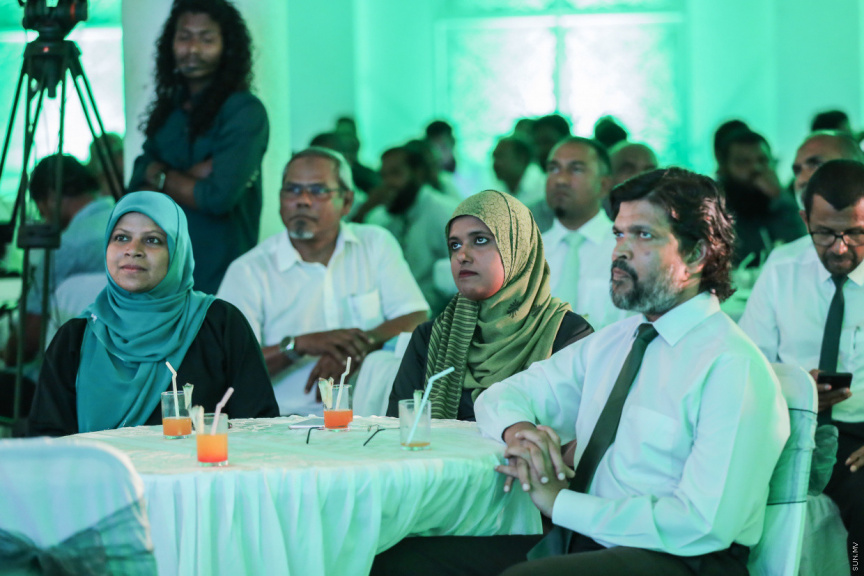 Members of Adhaalath Party (AP) pictured during a function at Dharubaaruge on November 15, 2018. (File Photo/Sun/Fayaz Moosa)

Adhaalath Party (AP) has announced it will be holding a primary for the upcoming parliamentary elections for only one electoral district.

In a statement this Tuesday, AP announced it will hold a primary only for the Inguraidhoo district.

The elections committee of AP has passed the decision to hold the primary on Friday, January 25.

Chair of AP’s media committee, Ali Nazeer reported to ‘Sun’ the party made the decision to hold the primary for Inguraidhoo district in consideration of the interest of the two of its members who wish to compete for the slot.

“We have determined candidates who will be running on behalf of our party for all other districts during discussions by our advisory committee. But we decided to hold a primary so that the competition doesn’t escalate and result in a problem,” said Nazeer.

AP announced on January 10 that it will be running for 13 parliamentary districts, in accordance with the original government coalition agreement.

The 13 districts AP is running for are:

Meanwhile, the main government party, Maldivian Democratic Party (MDP) is running for all 87 districts, and held its primary on January 18; Maumoon Reform Movement (MRM) has opened the opportunity to apply for interested parties who wish to run for the Parliament with the endorsement of former Maldivian President Maumoon Abdul Gayoom; and Jumhoory Party (JP) is yet to announce its decision on the parliamentary elections and recently announced it was open to negotiations with other political parties to possible form a new coalition.

Candidacy for Majlis elections to be opened on Jan 28