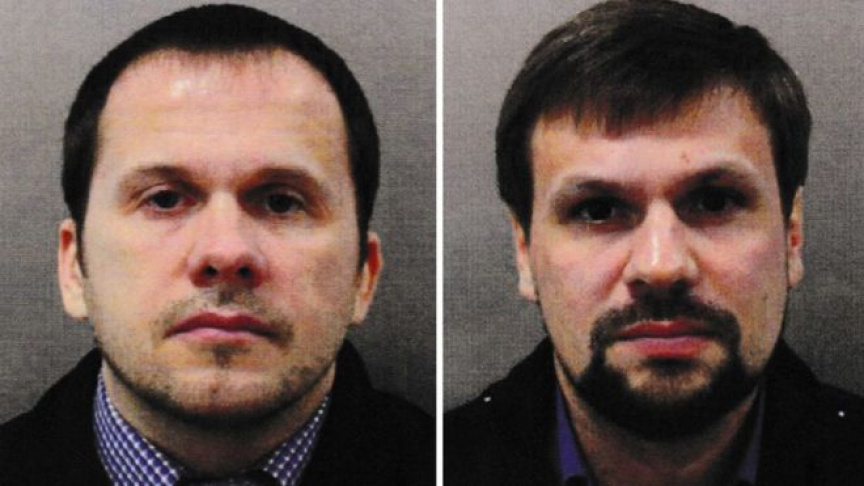 BRUSSELS (AP) — The European Union on Monday imposed sanctions on four Russians blamed for a nerve agent attack in Britain as well as a Syrian research center and its staff as the 28-nation bloc stepped up its action against the use of chemical weapons.

Five of those targeted are linked to the Syrian center's activities. Britain's foreign office said they "have played a central role in the use of chemical weapons by the Syrian regime against their own people."

The four Russians on the list are the two men accused of planting the nerve agent in Salisbury last March, Anatoly Chepiga and Alexander Mishkin, and their superiors, the head and deputy head of the GRU, Russia's military intelligence unit.

The ministers said in a statement from their meeting in Brussels that the sanctions move "contributes to the EU's efforts to counter the proliferation and use of chemical weapons, which poses a serious threat to international security."

It's the first time the EU has imposed sanctions to combat chemical weapons.

"Today's new sanctions deliver on our vow to take tough action against the reckless and irresponsible activities of the Russian military intelligence organisation, the GRU, which put innocent British citizens in serious danger in Salisbury last year," British Foreign Secretary Jeremy Hunt said in a statement.

"We will continue to show our willingness to stand up for the international rules that keep us safe, and which the Kremlin and the Assad regime seek to undermine," he added.

Watchdog gets right to assign blame in chemical attacks