Watchdog gets authority to assign blame in chemical attacks 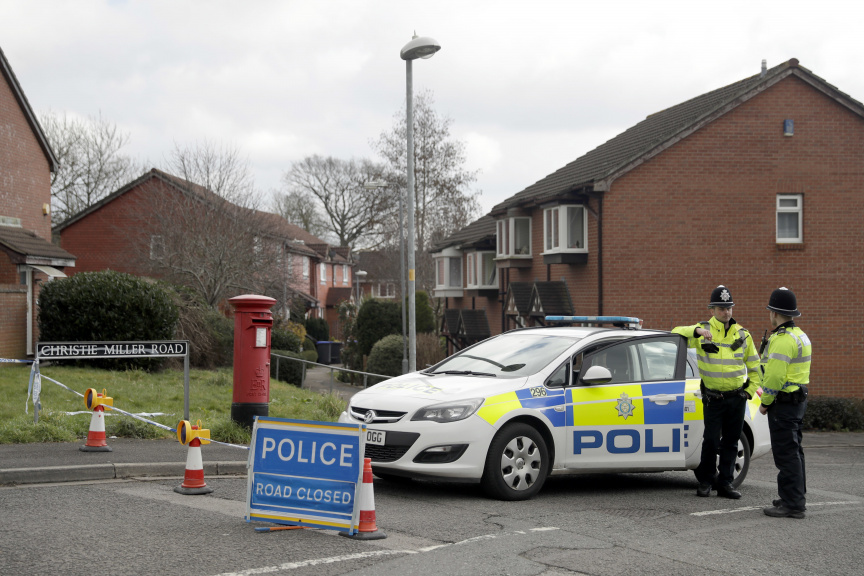 BRUSSELS (AP) — Member nations of the global chemical weapons watchdog voted Wednesday to give the organization the authority to apportion blame for illegal attacks, expanding its powers following a bitter dispute pitting between Britain and its western allies against Russia and Syria.

An 82-24 vote provided the two-thirds majority needed to enlarge the purview of the Organization for the Prohibition of Chemical Weapons. The organization was created to implement a 1997 treaty that banned chemical weapons, but lacked a mandate to name the parties it found responsible for using them.

Many participating nations saw the inability to assign responsibility as a senseless hamstring, especially after fatal chemical attacks during the war in Syria. Russia opposed adding a new license to the agency's portfolio, saying that was a decision that belonged to the United Nations.

Georgy Kalamanov, head of the Russian delegation to the OPCW conference, was quoted by Russia's Tass news agency saying that "the situation in the OPCW can be compared to the Titanic, which got a hole and began to sink."

The vote followed a proposal from Britain. Ambassador Peter Wilson, the British representative to OPCW, said the proposal had 30 co-sponsors and the support for it will allow the Nobel Prize-winning weapons watchdog "not just to say when chemical weapons are used, but by whom."

The office of British Foreign Secretary Boris Johnson, who traveled to OPCW headquarters in The Hague on Tuesday to push for the proposal, said the organization "will immediately start work to help identify those responsible for chemical attacks in Syria."

"It fills a crucial gap left when the United Nations Security Council was prevented from renewing its own investigation in November," a statement from Johnson's office said, referring to objections Russia raised last fall to the OPCW work in Syria.

The U.N. Security Council established a joint U.N.-OPCW investigative team to determine responsibility for chemical attacks in Syria. But Russia vetoed a Western-backed resolution in November that would have renewed the joint team's mandate.

Russia argued that the change Britain proposed undercut the legitimacy of the chemical weapons organization and threatened its future. Its representative said at the two-day meeting's opening that the Security Council was the only place to discuss such issues and that an adoption of the proposal would undermine the U.N.

Russia has veto power as a permanent member of the Security Council. Alexander Shulgin, Russia's ambassador to the Netherlands and the OPCW, said the vote to expand the organization's authority showed that Western nations "want to bypass the Russian veto in New York."

He also contended that Western representatives applied "unprecedented pressure" on other countries to back Britain's proposal.

"Diplomats from Britain's support group went to the foreign ministries of various countries exerting pressure," Shulgin said. "We are even aware of some cases of outright blackmail."

Norwegian ambassador Martin Soerby voted with the overwhelming majority and called the outcome "a decisive and necessary decision to expose the perpetrators of chemical attacks."

Britain made its proposal in the wake of the chemical attacks on an ex-spy and his daughter in the English city of Salisbury, as well as in Syria's civil war and as part of attacks by the Islamic State group in Iraq. Britain has accused Russia of using a nerve agent in March to try to assassinate former spy Sergei Skripal, which Moscow strongly denies.