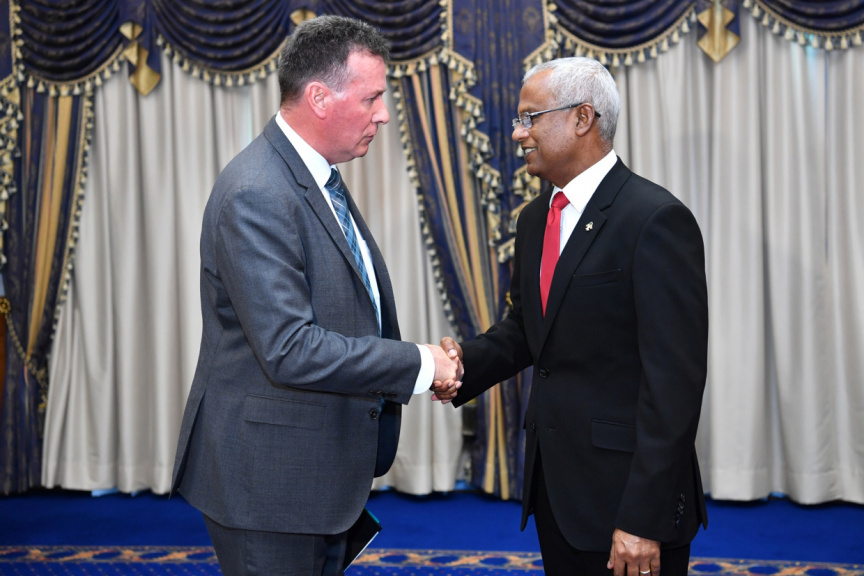 The Australian Ambassador to the Maldives, Bryce Hutchesson, has paid his farewell call on President Ibrahim Mohamed Solih.

During the call this morning at the President’s Office, the President conveyed his gratitude and appreciation for the continuous support and services provided to the Maldives during the Ambassador’s tenure.

Noting that the Maldives and Australia have enjoyed a historic and close relationship based on mutual respect, understanding and shared values, the President expressed hope and confidence that the Maldives and Australia will continue working together on international issues of mutual concern, to further strengthen the existing ties between the two countries. In this regard, he highlighted Maldives’ foreign policy priority areas - human rights, climate change, and democratic consolidation.

The call ended with the President wishing Ambassador Hutchesson success in all his future endeavors.